We recently reported that the trailer for Captain America: Civil War blew up social media and took in a massive number of views when it first hit. Well, it looks like it has also become the most “talked about” trailer of 2016 so far as well across Twitter. According to research firm ListenFirst the trailer for the film dethrone Suicide Squad for the trailer with the most likes, retweets and other Twitter engagement of any other released this year. The other trailers that debuted that same week were nowhere even close. Check out the data comparisons below and sound off with your thoughts in the comments section below. 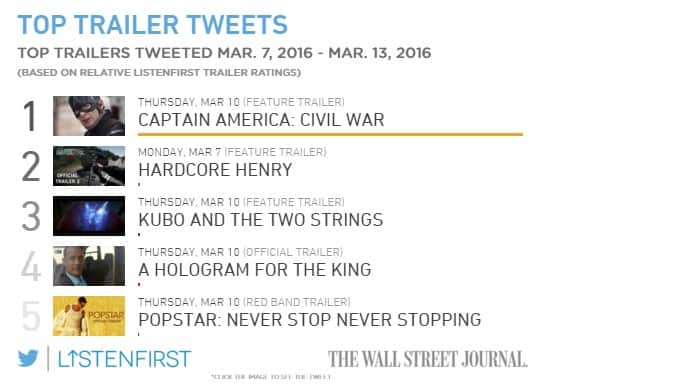 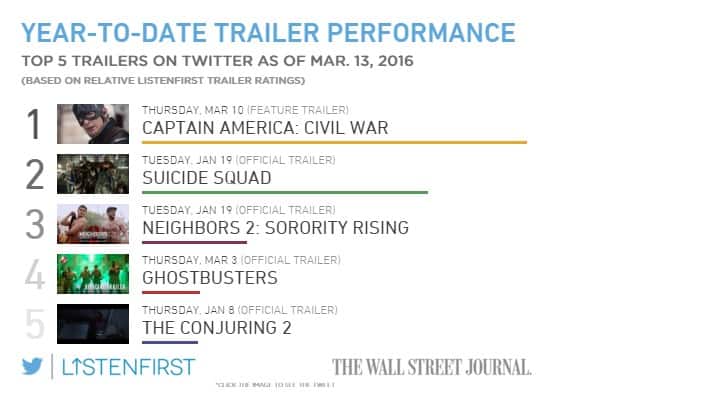