Disagreements amongst family, friends or colleagues are common. But rarely does the fate of our world hinge on these disputes. When the stakes are that high, how do you determine what is right and wrong? What is one man (or team) against all of humanity? Where is that line that we do not cross? Captain America: Civil War opens to early screenings today, yet has already thrust these complicated issues, which we have all faced in some measure, into the lexicon, and what is predicted to be the biggest blockbuster of the year.

A clip from Civil War, released a few weeks ago, I believe serves as the crux of the issue between the opposing sides of the Sokovia Accords – the right to choose.

Let’s explore this through deontological ethics, or the normative ethical position that judges the morality of an action based on the action’s adherence to a rule or rules. In Captain America’s case the morality of the issue lies in the rule of personal choice. Whereas Iron Man’s morality takes a utilitarian greater good approach to those rules. 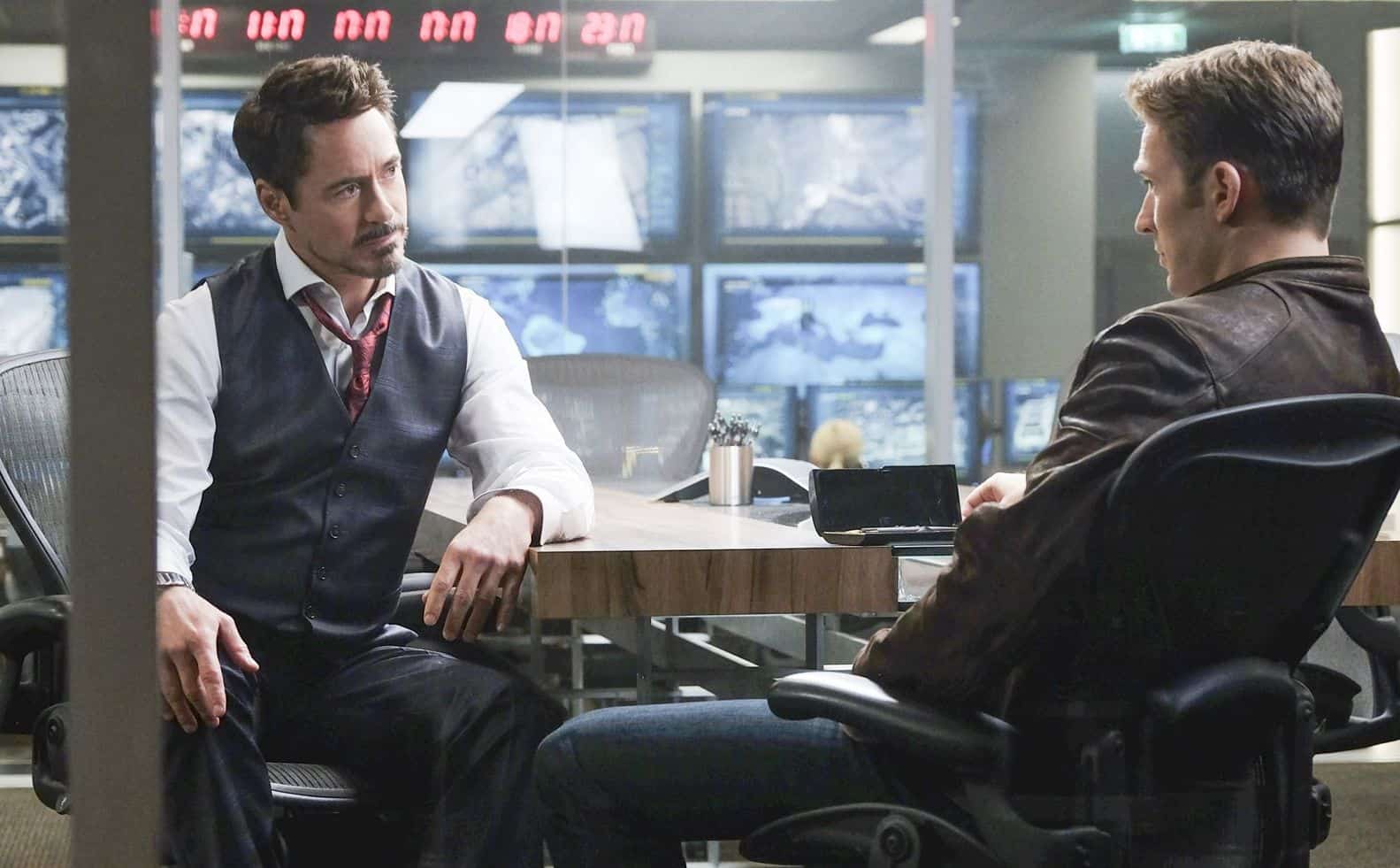 Philosopher Herbert Hart wrote in “The Concept of Law” (1961), that rules require that people perform or refrain from performing particular actions, he defines as the concept of “primary rules” (Hart 1961).  From the footage we have seen of Civil War to date, this key point, the “primary rules”, is where Captain America and Iron Man oppose each other, philosophically.

In the clip above, Captain America holds true to his morals, and believes that the choice is theirs and theirs alone.  Whereas Iron Man seems to take a more pragmatic view, largely based on his own actions (more on this in a moment).  Philosophically, they’re both right.  But why?

Why Steve Rogers/Captain America is right:

As beings of free will, our actions should not be dictated to us.  Captain America is incredibly reluctant to surrender the Avengers’ right to choose to act, or not, in a particular crisis.

As Captain America voices his reluctance to sign the Accords, Rhodes points out that his opinion is naïve, to which Captain America responds, “organizations [ostensibly the United Nations, based on context from the clip] are run by people, and people have agendas, and agendas change.”  What Captain America is arguing here is that any organization overseeing the Avengers could have an agenda that does not serve the greater good, or a philosophically Utilitarian argument.  Captain America brings up an incredibly valid point when stating, “what if this panel [United Nations] sends us somewhere we don’t think we should go?”  So far in the MCU, the events that have taken place have been acted upon by the Avengers either individually or as a team, with really the only overseeing body being S.H.I.E.L.D. (which as we know was infiltrated by HYDRA), or the World Security Council (also infiltrated by HYDRA).  Captain America then says “what if there is somewhere we need to go, and they won’t let us?”

By losing control of their actions, or inaction as the case may be, Captain America is suggesting that the Avengers are in danger of serving at the will of other’s agendas; agendas that may not necessarily adhere to Captain America’s moral code, or the right thing to do.  What if the “Council” orders the Avengers to remove a President of a sovereign nation, based not on what is right or wrong, but on a flawed agenda?  As signatories to the Accords, they would be duty bound to comply.  What if they were ordered to intervene in a nation’s own civil war? Is it up to the Avengers to choose the “winning side”?

Conversely, what if there is some catastrophic event occurring and the “Council” refuses the Avengers intervention?  What if there was another alien invasion (looking at you Infinity Wars) at the “Council” waits too long to call the Avengers in?  These hypotheticals are still based on real events the Avengers have faced, either individually, or as a team.  In Captain America: The First Avenger, Captain America defies orders to stand down when storming the HYDRA base and freeing Bucky and what would become “The Howling Commandos”.  By defying his order, Captain America was able to infiltrate and destroy a key HYDRA base, free prisoners, and essentially “turn the tide” for the allies in World War II. It was the right thing to do, not just to save his friend, Bucky, but strategically, defying orders allowed the allied forces to take the upper hand in the war.

Similarly, had the Avengers not acted in The Avengers upon the Chitauri arrival when they did, New York would have either been completely destroyed by the invasion, or by the nuclear weapon deployed by the Security Council.

Captain America finishes by saying, “we may not be perfect, but the safest hands are still our own.”  There is truth to this statement.  The freedom to act, or as René Descartes puts it, “the ability to do or not do something” (Decartes, Meditation IV), further declaring, “will is by its nature so free that it can never be constrained,” as it would should the Avengers sign the Accords.  Captain America’s reasoning is that they, by default, are the standard bearers, and therefore need to maintain the freedom of their actions. 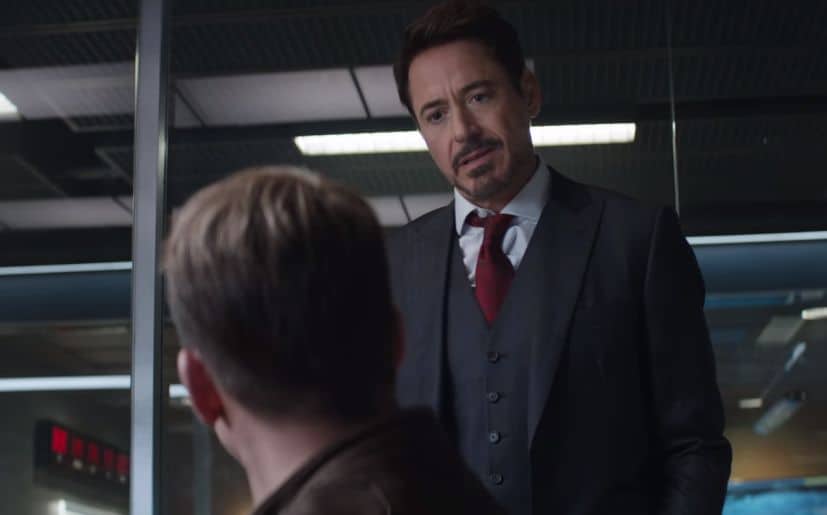 Captain America’s position takes a very black/white stance on this issue, which falls in line with his view of right and wrong.  Iron Man, on the other hand is a bit more pragmatic in his approach.  He doesn’t necessarily disagree with Captain America’s position.  When Captain America talks about people and changing agendas, Iron Man replies with, “that’s good, that’s why I’m here.  When I realized what my weapons were capable of in the wrong hands, I shut it down, stopped manufacturing.”  Iron Man points out that his own changing agenda was for the better, because it allowed him to take control of the situation, and refocus his efforts.

While agreeing with Captain America in this principle, he differs regarding resisting the Accords.  Captain America astutely points out that Iron Man, “chose to do that, if we sign this [the Accords] we surrender our right to choose.” Surrendering this right elicits a visceral reaction from Iron Man, as seen in his facial expressions.  It makes him uncomfortable.  But ever the genius, pragmatically, Iron Man is correct when he states, “if we don’t do this now, it’s going to be done to us later.”

That is where this clip cuts, but expounding on this statement, Iron Man has the foresight to see that regardless of group opposition, he recognizes that based on everything that has happened in the MCU so far, and as the viral video campaign has pointed out, there is a very real debate going on both politically and publicly – superheroes and the consequences of their actions – the impetus to the Sokovia Accords.  Seemingly, Iron Man believes that getting on board now, not only protects the Avengers, but also allows them to help shape the framework of the Accords so that they are not quite as controlled as Captain America fears. Iron Man see’s that by getting involved now, they can lead that charge, and fend off opposition to the Avengers and their actions, instead of having rules placed on them by a group of people who don’t know what they know, haven’t seen what they’ve seen, and haven’t battled what they have battled.

Let’s not forget that Iron Man is also probably being a bit reactionary in his response due to his aforementioned weapons falling into the wrong hands and the destruction they caused, as well as his creation of Ultron and the aftermath that followed in Avengers: Age of Ultron. His guilt, developed over his entire character arc, and his desire to “save the world”, is leading him toward the Taoist philosophy of path of least resistance.  By not resisting now, and at the very least being involved in the process, Iron Man believes that they can continue to do what is right, albeit with organizational oversight.

Ironically Captain America started to make this utilitarian argument when stating that any organization overseeing the Avengers could have an agenda that does not serve the greater good. However, Iron Man’s utilitarian argument holds that by surrendering some measure of personal choice, virtue lies in serving the greater good of humanity. In this stance, virtue not only has instrumental value, but is essential to living a good life. Iron Man’s world view dictates that a person without virtue is morally lacking, therefore is not as able to promote the good. In an effort to be virtuous, possibly to amend for his past “sins”, Iron Man sees virtue in relinquishing some measure of control for the greater good. He believes that to maximize utility, if that is the right thing to do, then doing so right requires enormous sacrifices, in this case the freedom of choice; a sacrifice Captain America is unwilling to make.

The Russo Brothers, as well as the cast, have gone on record several times stating that neither side is right or wrong.  That’s because, in a rare case for superhero cinema, there is no right and wrong here.  This is why the clash between Captain America and Iron Man is so hard to pick a side.  It’s not quite as easy as “liking” Captain America or Iron Man alone.  While there are flaws to both of their methods, and maybe possibly even their intentions (we won’t know until we have actually seen the movie), philosophically neither of them are wrong.

This opens exciting avenues for character drama, the foundation of good storytelling. Captain America and Iron Man have been on this path toward collision since they first met in The Avengers, and arguably before that with Tony Stark’s father’s well established admiration of Captain America. They haven’t become villains, but they’ve grown into antagonists for each other, as family is wont to do all too often. What are the Avengers, but a big, mixed, adopted, sometimes mess up family? They say you can’t pick your family. But sometimes you can and that right to choose is both a privilege and a burden, as we are about to see play out on the big screen. Eventually, whether passively or openly, we all have to choose a side.

Who do you think is right?  Whose side are you on #TeamCaptainAmerica or #TeamIronMan? Sound off below! 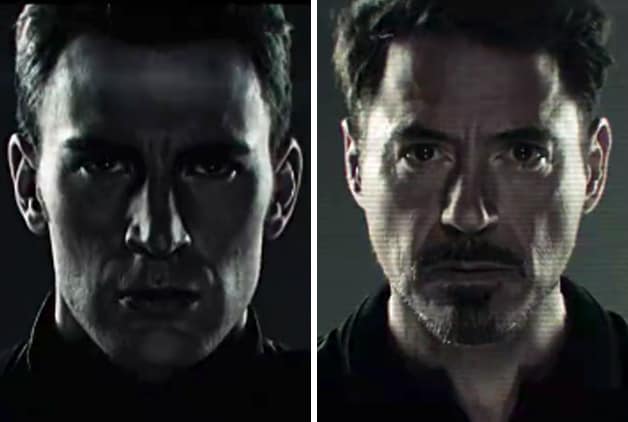