Horror movies are a dime a dozen these days. Every now and then, you can find a diamond in the rough, but more often than not, the genre has become a self-parody of itself and has been subject to many films being made on-the-cheap in order for a profit to be made over the course of the opening weekend. It’s rare to find a film of this genre that isn’t satirical that truly embraces the old-fashioned style of horror filmmaking while still feeling fresh and exciting all in one. Thankfully, James Wan proves once again with The Conjuring 2, the sequel to his fantastic original film in 2013 that he knows how to make an enthralling, and of course, frightening cinematic experience.

We are reunited with paranormal investigators Ed and Lorraine Warren (Patrick Wilson and Vera Farmiga) in 1977 – six years after the Perron family investigation. This time around, the Hodgson family is experiencing other-worldly activity in their home in Enfield, London. Despite of their initial reluctance to continue with their cases after their famous Amityville investigation, Ed and Lorraine are called by the Catholic Church to travel to Enfield to investigate the hauntings in the Hodgson family home.

James Wan understands why horror has endured in cinema for decades and has even expressed recently how his mission statement is to “bring back respect to studio horror films.” If The Conjuring 2 is any indication, Wan truly pulls through. Just like the original picture, this film continues the foreboding sense of dread and tension – with striking imagery and impeccable sound design. Wan also knows how to creatively deceive the audience by projecting hypnotic illusions that adds nuances and projects metaphoric qualities. He knows the formula inside-out but only teases the usual tricks up until he pulls the rug underneath the audience.

But while Wan’s aesthetics showcase his directorial skills wondrously, what sets him apart from almost every modern horror filmmaker is how the characters’ development and dynamics are portrayed. Most horror movies do not even bother focusing on story or even basic character development, but The Conjuring 2 proves that compelling characters elevate both a story and ramp up the scare-factor.

It helps that there are quality actors behind these compelling characters. Patrick Wilson and Vera Farmiga are both excellent in this film, adding such a gravitas to their portrayals of Ed and Lorraine Warren. A lot has happened in their lives six years after the Perron investigation, and they both add a sense of weariness over the work they have done since then, without the need of clunky exposition to weigh them down. Farmiga in particular is excellent as the oh-so concerned Lorraine, whose frightening visions of a certain demon drive much of her character’s motivations. Ed and Lorraine’s relationship is given more depth, keeping the audience engaged with their well-being as much as the well-being of the Hodgson family.

The Hodgson family consists of Peggy (Frances O’Connor), a single mother raising her four children – one in particular, her 11-year-old daughter Janet (Madison Wolfe) is experiencing the brunt of all the horrors of the house’s happenings. One of the strengths of the previous film was the Perron family dynamic, in which the audience spent so much time with them and empathized with them on another level that most horror movies often ignore. The Hodgsons once again are three-dimensional characters with a sense of history that gives them the feeling of your friendly next-door neighbors who are dealing with a bad hand. The performance of Madison Wolfe in particular is impeccable. Janet is possessed with the demonic spirit and it could have been so easy for her possession scenes to come off as laughable, but Wolfe just clicks and embodies her character in portraying both the lion and the mouse effortlessly.

The Conjuring 2 clocks in at 135 minutes, but the film’s pacing feels just right. The first act is definitely a slow-burn compared to the second and third acts’ rising and falling actions that leave the audience breathless through the film’s climax, but Wan’s knack for building-and-building upon tension proves the importance of not throwing everything and the kitchen sink (or in this case, a washing machine) prematurely.

There are numerous elements that weigh the film down a bit, probably due to the film needing to focus on the Warren’s investigation. There’s a character who is a skeptic that serves as a minor foil to Ed and Lorraine – testing the couple’s faith and integrity to follow through with their actions. Although this character’s purpose is necessary, she’s not used as much as she could have. It is possible that the story did not need her to be more significant, but the film could have added more pathos and legitimacy to the story if the ideas of skepticism and lack of faith were explored more just a tad. In terms of more criticisms, there were points where the beats in the narrative felt too convenient. And yet, I believe the usual trappings of the horror genre are almost inescapable and are arguably essential to its identity.

After directing an action blockbuster in Furious 7, Wan feels right at home with this movie. It seems as if directing this film was the necessary therapeutic experience he needed after the stress of his previous production and also a chance to hone his skills before his next project in Atlantis.

The Conjuring 2 is the rare sequel that is on par with its predecessor. I may give the slight edge to The Conjuring, but that is not a discredit to this film. With its impeccable, old-fashioned filmmaking, well-developed characters topped off with great performances, much-needed levity to help ease the tension, and a fantastic climax, The Conjuring 2 is yet another home run for director James Wan. I cannot wait to see what he does with Aquaman. We are in good hands, everyone. #InWanWeTrust. 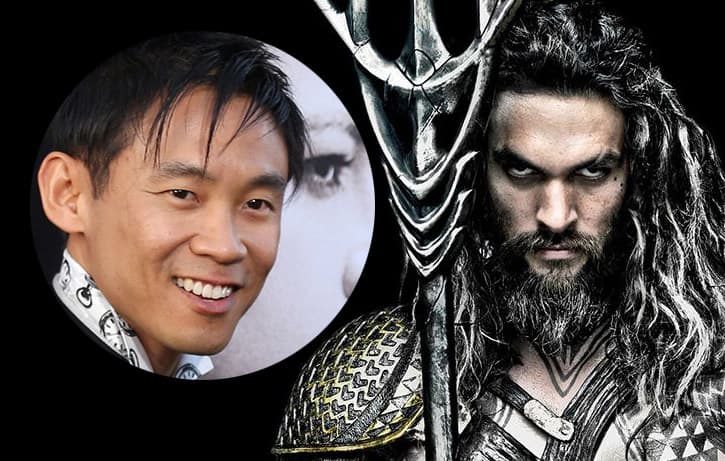