Could Kraven The Hunter Be The Villain In ‘Spider-Man’ Standalone Film?

With Vacation writers John Francis Daly and Johnathan Goldstein officially hired to write the next Spider Man standalone film for Marvel and Sony, development on the project is currently underway.

So who might the bad guy be in the film?

Well, my sources within Sony alerted me to something VERY interesting. Last week, Karen Moy, the Vice President of Creative Affairs over at Sony (Ms. Moy has run the story department at Sony for almost twenty years) purchased a copy of Kraven’s Last Hunt trade paperback on Amazon. 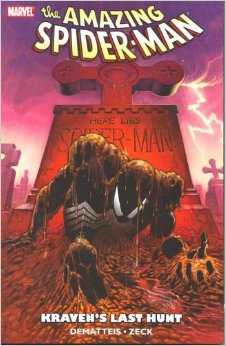 At first I brushed it off and asked my sources why would she have to buy a copy? Wouldn’t Marvel just send a copy over to the Sony story department for their research purposes? Well folks, you’re not going to believe this, but Marvel is THAT insanely cheap. The Sony folks had to buy their own copy. Unbelievable.

But here is the kicker. I did some additional sleuthing and a quick search of Karen Moy on the leaked Sony emails database over on Wikileaks reveals that she has previously made book purchases on Amazon for her former boss Amy Pascal. In my experience, where there is smoke there is fire.

This can’t be a coincidence. Why would the head of the story department buy a trade paperback about one of Spider-Man’s greatest foes for anything OTHER than research purposes? It’s safe to say Sony is looking into the possibility of Kraven as their bad guy. 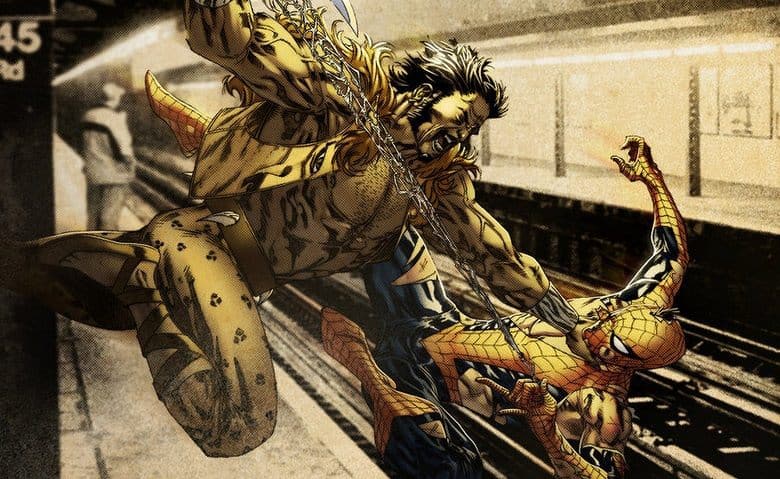 Pic courtesy of SpiderGuile on Deviantart

In the comics, Kraven the Hunter (a.k.a. Sergei Kravinoff) is the world’s greatest big game hunter. Kraven believes that capturing and killing Spider-Man would cement his place in history. He doesn’t use weapons, but has superhuman strength, agility and senses that allow him to take down any prey with just his bare hands.

First printed in 1987 and voted by readers over at Comic Book Resources as the greatest Spider-Man story ever told, Kraven’s Last Hunt told the story of Spider-Man’s final battle with Kraven The Hunter. It’s a hot read. The story was written by J. M. DeMatteis and penciled by one of my all time favorites, Mike Zeck. The book spawned a few sequels and even a novelization as part of the Marvel Prose Novel series.

I think Kraven would be a solid bad guy for Spider-Man to face on the big screen. What about you guys? Chime in your thoughts below.

Now I know some other site recently wrote about Kraven being rumored but their sourcing is garbage. Some random guy on twitter saying that his buddy is a script supervisor over at Sony doesn’t count.