Fox’s Gotham will be returning on September 19th and this season is shaping up to feature even more villains and heroes. The “Court of Owls” will be playing a major role in Gotham season three and a recently released poster for San Diego Comic Con hints at that even more.

Executive producer John Stephens previously opened up about the fact that season three would explore more of the “court of owls” storyline.

“We will dive much more deeply into them in Season 3. The Court of Owls, this sort of illuminati group that’s been pulling the strings behind Gotham for centuries and might be the real culprits in the murder of Thomas and Martha Wayne, among other things.”

Gotham will be holding a panel during San Diego Comic-Con on Saturday, July 23rd. 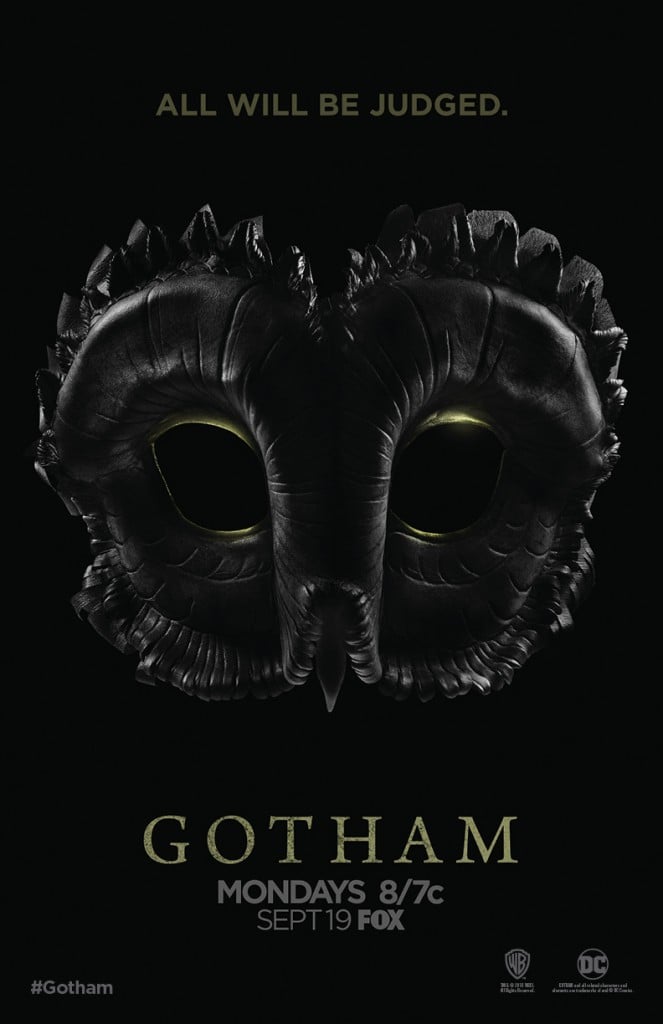 “GOTHAM is an origin story of the great DC Comics Super-Villains and vigilantes, revealing an entirely new chapter that has never been told. From executive producer/writer Bruno Heller (“The Mentalist,” “Rome”), GOTHAM follows one cop’s rise through a dangerously corrupt city teetering between good and evil, and chronicles the birth of one of the most popular super heroes of our time.”