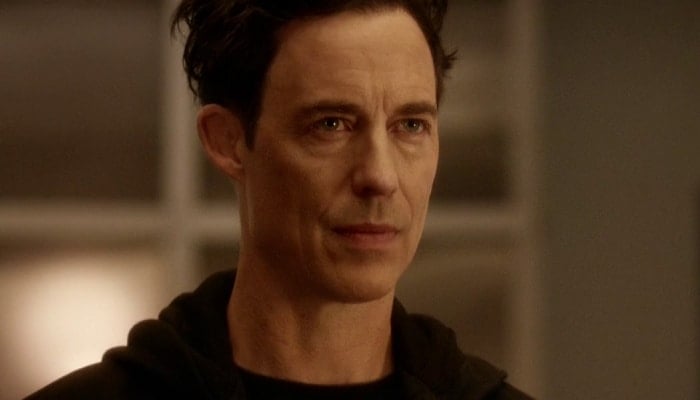 Season 2 of The Flash is quickly coming to a close. With just three weeks left after tonight’s episode, ‘Rupture,’ new details are slowly starting to emerge pertaining to the season finale.

In a recent interview with DC’s All Access, series co-star Tom Cavanagh, who plays Dr. Harrison Wells, shed light on his role in tonight’s episode:

In a follow-up question, Cavanagh is asked to provide a teaser for the season-finale, where he responds: “crazy stuff is going to happen, are you kidding me?” He goes on to mention blowing stuff up, running at super speed while stuff blows up, somebody crying because they split up, and the possibility of someone dying, albeit sarcastically.

It certainly seems like trouble is on the horizon for Team Flash, especially with Zoom set to return back to Earth-1 to wreak havoc on Central City. While no official synopsis has been made available for the season finale yet, if Cavanagh’s testimony holds true, it sure seems like the episode will deliver.

What do you guys think? Will the second particle accelerator explode, potentially leaving new meta-humans in Central City? Is someone going to die in the season-finale of The Flash? If so, who do you think it will be? Sound off in the comments below!

The season finale of The Flash is set to air on Tuesday, May 24th at 8/7c.