The DCCW crossover events, as far back as “Flash vs Arrow” and the first “Invasion” crossover, have gotten bigger and bigger over time as the shared Arrowverse continues to expand. The most recent “Elseworlds” built on that even more with the Monitor, the brief appearance of John Wesley Shipp’s Barry Allen from Earth-90, a tease of John Diggle as a Green Lantern on another Earth, the introduction of Gotham City, Ruby Rose’s Batwoman on Earth-1, and a tease of what’s to come next year with the upcoming Crisis On Infinite Earths event.

Yes, the Arrowverse has indeed grown ever since Oliver Queen first appeared on Arrow, and while it appears that Oliver Queen made a huge decision in order to save Barry and Kara in the final portion of the “Elseworlds” event, we’ll have to wait and see what that payoff will be when the Crisis event comes next year. In the meantime, everyone’s favorite BossLogic has created some artwork. Not new artwork, mind you, as he pointed out that he made this poster for last year’s DC crossover event on The CW, Crisis On Earth-X.

The art in question showcases many of the Arrowverse’s DC Comics heroes, including the Legends of Tomorrow who were absent for the event, but front and center is Superman holding a damaged Supergirl. That in and of itself is an homage to the classic Crisis On Infinite Earths comic cover, but is also a callback to when Supergirl homaged this very panel during its second season. For comparison’s sake, here’s the recreation in Supergirl: 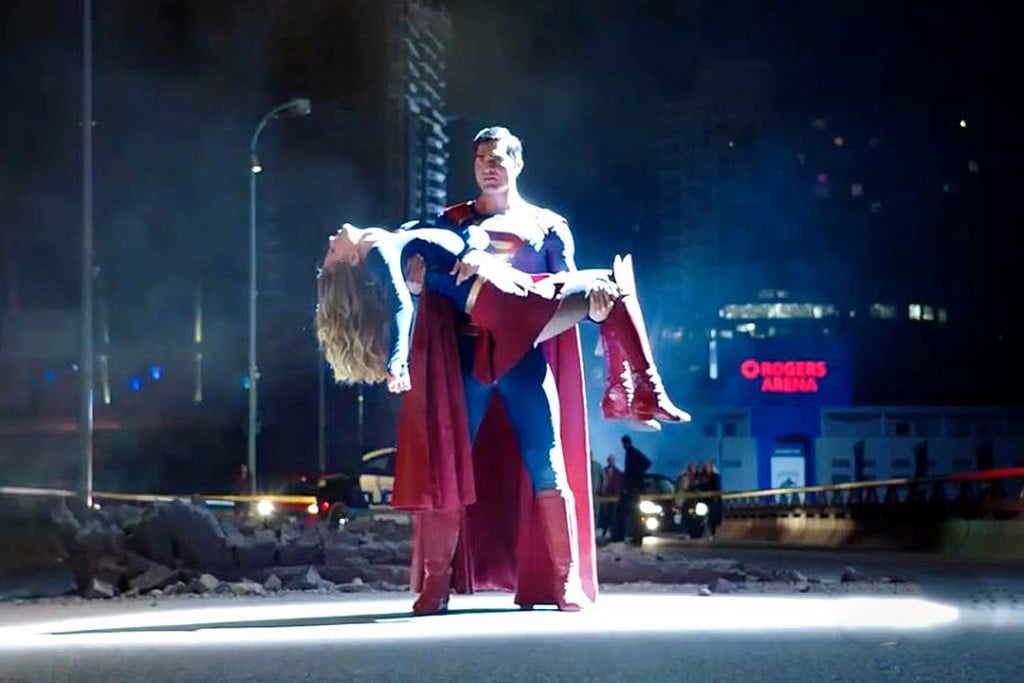 And here’s BossLogic’s artwork of the Crisis On Infinite Earths event for The CW.

‘Elseworlds’ Crossover Officially Sets Up ‘Crisis On Infinite Earths’ For 2019

With the Monitor warning the heroes that someone more powerful than him is coming — probably the Anti-Monitor — the next crossover will no doubt need the help of all of The CW’s DC Comics heroes, possibly including the Legends of Tomorrow, Batwoman, and who knows yet if this will be what draws Black Lightning into the fray as well. Not to mention any other possible past DC Earths that could lend a hand. After all, this is a Crisis.

What do you think of the artwork, though? And what did you think of “Elseworlds” setting up a Crisis On Infinite Earths event? Let us know your thoughts in the comments below.

The “Elseworlds” crossover event can be watched now on The CW. Crisis On Infinite Earths will premiere in 2019.