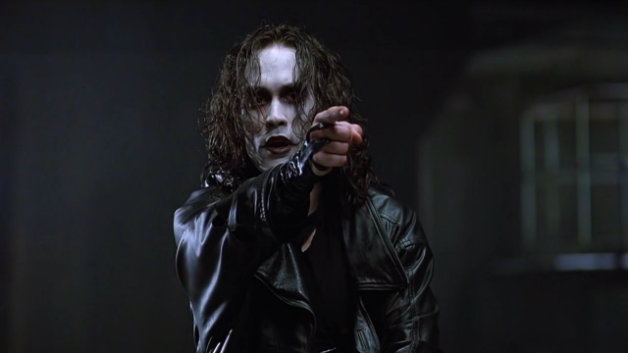 It’s been a while since we’ve heard anything about The Crow reboot titled The Crow Reborn but now Rings director F. Javier Gutiérrez who is producing the picture has assured fans of the original that the reboot will be R-rated.

In a recent chat with Forbes to promote the upcoming home release of Rings, Gutiérrez explained that while he isn’t completely sure what is going on with the project, the reboot — which reportedly has a budget of $40 million — will not tone down the subject matter from the original film or the source material to make for a PG-13 rating:

“With The Crow, I haven’t talked to them in a while so I don’t know what is going on with that, but we are going to do an R-rated movie. I come from Europe, I’m very dark so I’m going to go for it. If any movie has to be R-rated then it’s The Crow. That’s how I got James O’Barr, the creator of The Crow, involved in the project because he said that if R-rated is the way that I wanted to go, he’s in. Even though I’m not directing it now, when I was going to be doing that I explained to the producers that they had to read and understand the comic book and not make the film a PG-13 version because it would make no sense. Some movies are for young people, I get it and maybe you can do it, but this movie is not necessarily for those young people and toning it down would give you a ghost of what The Crow should be.”

Jason Momoa, Aquaman and Khal Drogo himself is rumored to star with Colin Hardy directing the project. The original film directed by Alex Proyas starred Brandon Lee and told the story of a rock musician named Eric Draven who is revived from the dead to avenge his own death as well as the rape and murder of his fiancée. The reboot is said to be a more faithful adaptation of the original graphic novel written by James O’Barr.

Stay tuned to Heroic Hollywood for the latest news on The Crow Reborn as we learn it.