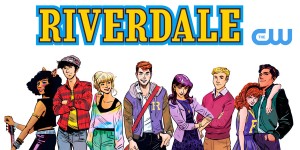 According to EW, CW has given a series order to Archie Comics series Riverdale, which will be set in present day and based on the iconic Archie Comics characters.

The show will feature Archie, played by KJ Apa, Betty, played by Lili Reinhart, Veronica, played by Camila Mendes, and their friends. They will explore the surrealism of small town life, as well as the darkness and weirdness beneath Riverdale’s facade.

The announcement follows Supergirl being renewed on CW rather than CBS. CW also renewed all of their DC/Vertigo comics shows in March with The Flash, Legends of Tomorrow, Arrow, and iZombie. FOX has renewed Gotham for a third season, as well as Lucifer for a second season. Both Riverdale and Powerless will be joining the ranks of comic book shows in the fall season.