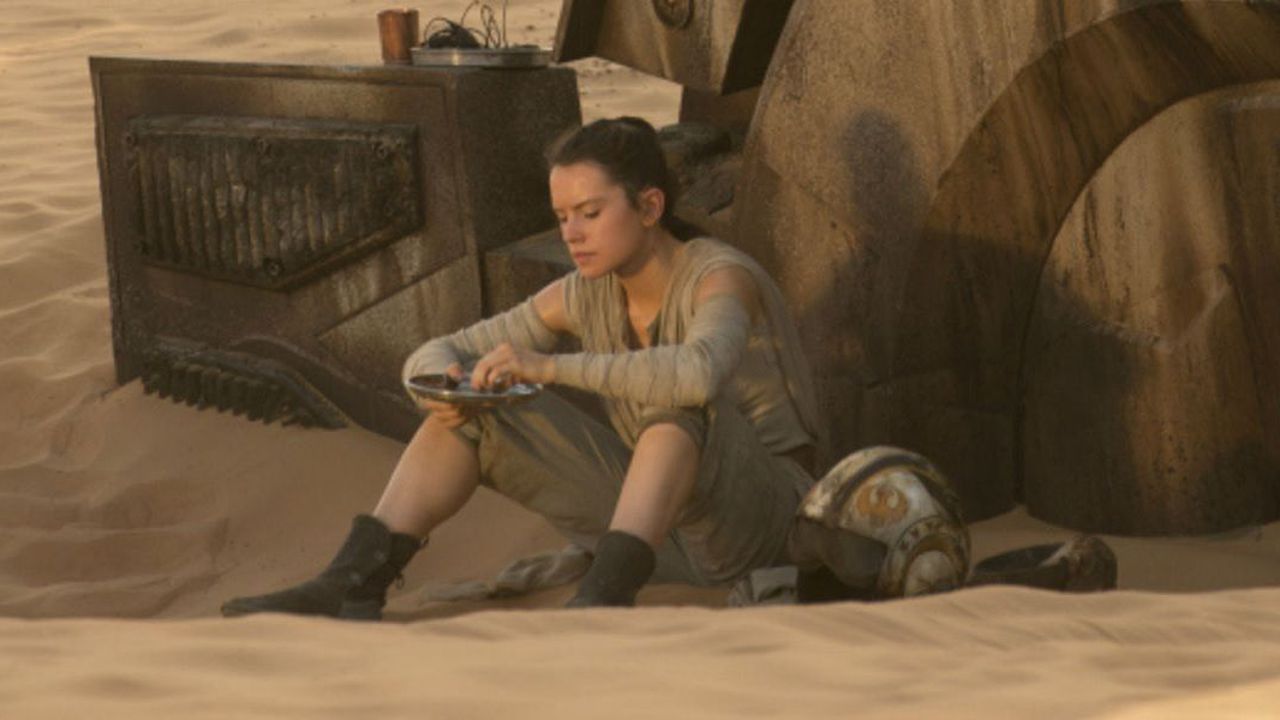 From a certain point of view, the worst thing to ever happen to Star Wars was its sequels. Not that they’re bad movies (well, three of them are), but with every successive movie in the series, the wide-open universe of infinite possibilities kept shrinking. Darth Vader became Luke’s father, Leia became his sister, Anakin built Threepio, Yoda and Chewie were just hanging out, shooting the breeze on Kashyyyk. Is it any wonder, then, that we’ve all become obsessed with the question of Rey’s parentage? After all, the Star Wars series has trained us that she must be related to someone else significant in the universe.

Well Daisy Ridley, Rey herself, thinks that’s a bunch of baloney. In an interview with MTV she says:

I think the amazing thing about [Episode VII] is that Finn and Rey don’t come from anywhere, and they find a place. So to me, it’s funny that people think it’s so important, because I don’t really think it is.

She also addresses the more recent fan theory that Jyn Erso, Felicity Jones’ star of the upcoming Rogue One: A Star Wars Story, is Rey’s mother.

I’m not being funny you guys, but just because she’s white and got brown hair… it doesn’t mean she’s my mom.

Look, I think fan theories are generally moronic. They’re born out of the obsessive nature of fandom to try to draw direct links between every conceivable point in a story, but they lack a broader understanding of how good storytelling works. I’ve written about this in the past, but from my perspective, having Rey be the relative of someone we already know diminishes the importance of her role in the universe and contributes to the small-universe syndrome Star Wars has been suffocating under for 40 years. If she’s a Skywalker than she’s just another in a long line of Skywalkers who have affected the galaxy, but if she’s just an orphan, just someone who was called to a greater destiny that has nothing to do with her heritage, then she becomes something special. Then the capacity to be a hero and change the fate of the galaxy can belong to anyone, not just the family with the best midi-chlorians. The same goes for the idea that Rey is related to Jyn Erso. Rey doesn’t need important parents to be important. She can do that all by herself, thank you very much.

As for the fact that Daisy Ridley and Felicity Jones look somewhat similar, let’s check in with Pablo Hidalgo of the Lucasfilm Story Group.

So, no, Daisy Ridley and Felicity Jones are not related, and neither are Rey and Jyn Erso… probably.