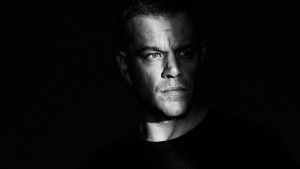 While The Lego Batman Movie currently enjoys box-office success, actor Matt Damon is hard at work promoting his upcoming film The Great Wall. In a joint appearance on The Late Late Show with James Corden with Lego Batman star Will Arnett, who provides the voice for the titular hero, Damon was asked to choose between friend Ben Affleck’s portrayal of the Caped Crusdader and Arnett’s performance.

Damon didn’t reveal his choice, but he did inform Arnett Ben Affleck’s pick for his favorite actor to portray the Dark Knight.

“I have it on good authority that Will is actually Ben’s favorite Batman.”

“I think he is an awesome Batman because he’s, like, the scariest. He’s so physically […] he’s such a big dude and he’s so awesome and he’ so imposing. He looks like a superhero in, just, real life.”

You can watch the entire exchange between Damon and Arnett, which includes a humorous story on just how much Affleck’s child believes his father is a superhero, in the video below!

Who is your pick between Ben Affleck and Will Arnett? Share your thoughts in the comments section below!

In the irreverent spirit of fun that made “The LEGO Movie” a worldwide phenomenon, the self-described leading man of that ensemble – LEGO Batman – stars in his own big-screen adventure: “The LEGO Batman Movie.” But there are big changes brewing in Gotham, and if he wants to save the city from The Joker’s hostile takeover, Batman may have to drop the lone vigilante thing, try to work with others and maybe, just maybe, learn to lighten up.

The Lego Batman Movie is now playing in theaters.