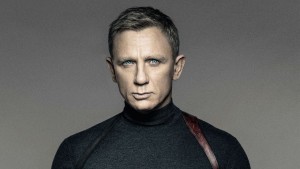 Amid word that actors including Tom Hiddleston were in talks to succeed Daniel Craig as James Bond and reports that Craig was being offered $150 million to reprise the role, the question of who will be playing 007 in the follow-up to Spectre has been lingering in the minds of fans since the films release. Despite praise for his performance in Casino Royale, Quantum of Solace, and Skyfall, Craig has been vocal about his reluctance to return to the role in any future installments.

Well if executive producer Calum McDougall, who has worked on nine Jame Bond films, had his way Daniel Craig would be reporting for duty without question.

“We would love for him to return as Bond. Without any question he is absolutely [series producers] Barb Broccoli and Michael Wilson’s first choice, and I know they’re hoping for him to come back.”

There remains no confirmation on who will be playing James Bond in the next installment of the franchise and fans may have to wait a while longer before official word on the subject is announced. Earlier this morning Variety film reporter Justin Kroll tweeted that producers are in no rush to begin talks with Daniel Craig about returning to the role.

Craig-Bond tidbit: Producers in no rush and are waiting for Craig to finish OTHELLO in NY before sitting down to talk about possible return

With the Off Broadway production of Othello scheduled to run from November 22, 2016 to January 17, 2017, it will likely be a few more months before fans receive any word on Craig’s status as James Bond and who will replace him should he refuse to return.