Many were a bit unsure if we’d see Jon Bernthal’s Frank Castle aka ‘The Punisher’ don his iconic skull log in the upcomong second season of Daredevil. Well, a new set of billboards have been spotted in Downtown Toronto which features some new shots of ‘Daredevil’, ‘Elektra’ and ‘The Punisher’. Notice anything extra cool about one of those? Only eleven days to go. Are you ready? 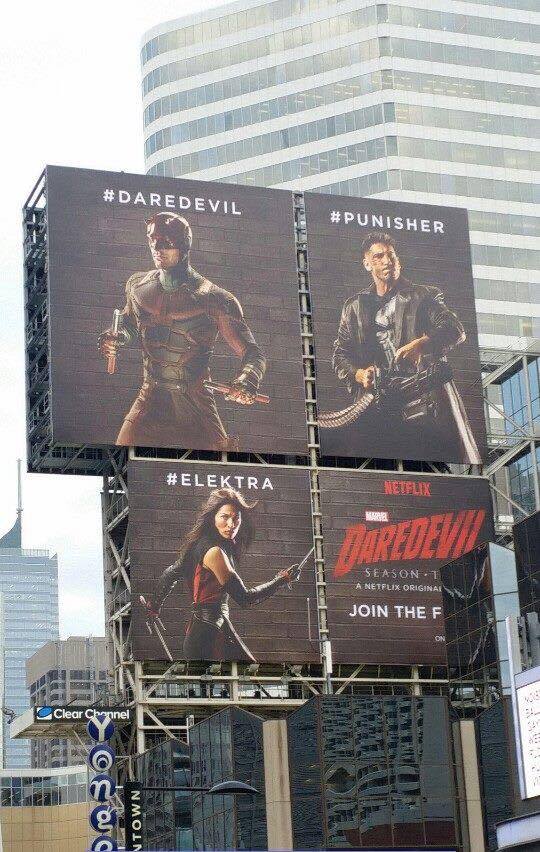