Entertainment Weekly has revealed the first look at the upcoming third season of Netflix and Marvel’s hit series Daredevil.

Following the release of the first posters and teasers, we finally have a look at official stills from the new season which features Vincent D’Onofrio reprising his role as New York’s most fearsome crime lord, Wilson Fisk aka Kingpin.

The brand new images feature a look at Charlie Cox’s Matt Murdock back in his black costume from the first season, as well as a reunion between Matt and Elden Henson’s Foggy Nelson. You can check out the new images below. 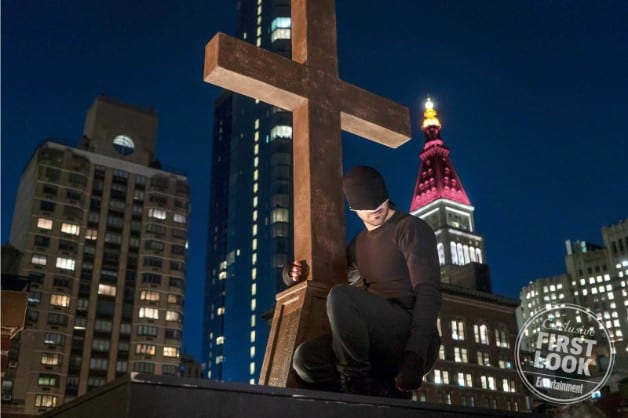 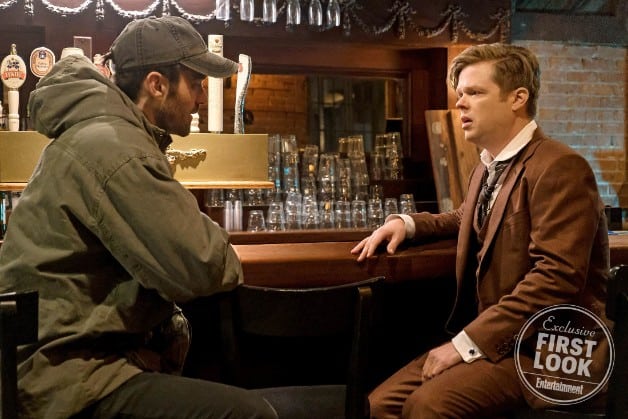 In addition to the first images from the new season, new showrunner Erik Oleson revealed new details on where things are when we pick up with Matt Murdock after he was crushed under a building in The Defenders finale, including the revelation that his abilities are failing him:

“Matt starts the season broken physically, broken emotionally, and broken spiritually. He’s angry at God, he’s angry at the fact that he had risked his life to do God’s work, and he’s questioning whether or not he was a fool.”

Oleson went on to add that this new struggle will lead the Devil of Hell’s Kitchen to hit the streets with a deathwish when the presumed dead Matt Murdock returns to New York City:

“Matt goes to pretty much the darkest place you can. When he realizes that he’s incapable of being Daredevil, he would rather just end it than go forward in his life without abilities. He’s decided to set aside his Matt Murdock persona and just be the Devil, to isolate the lighter part of himself.”

As for Foggy, don’t expect to see a happy reunion between the two best friends as Oleson revealed things are going to be a rocky between the two after he discovers Matt kept him in the dark that he was still alive:

“Foggy has been trying to move on from Matt’s memory, or at least move on with his life. If you thought one of your close friends was dead and he decided not to tell you he survived, you would probably have some issues with that.”

The new showrunner also dished on the newest addition to the cast including Joanne Whalley’s Sister Maggie which he described as “a tough, Hell’s Kitchen-born-and-bred nun,” as well as Jay Ali’s FBI Agent Ray who “carries the heart of the season,” and Wilson Bethel’s “psychologically tortured FBI sharpshooter” who “could teeter towards good or towards evil, depending on who is manipulating or inspiring him.”

Last but not least, Olsen opened up on the highly anticipated return of D’Onofrio’s Wilson Fisk, which he revealed is working to take back his position as the crime boss of Hell’s Kitchen:

“Fisk has gotten smarter, more calculated, and more manipulative. I very much wanted to tell a story that’s relevant to the world around us. I looked at the show as a way to examine how tyrants manipulate in order to push their own agenda and cause fear and distrust.”