New ‘Daredevil’ Season 3 Poster Prepares To Let The Devil Out

The Devil comes out to play in the new poster for the upcoming third season of Marvel’s Daredevil.

It seems that the fan reception to the Marvel/Netflix series seems to vary from season to season but one character who has had a consistent run is Daredevil, a.k.a. Matt Murdock (Charlie Cox). Both seasons of the hero’s series have earned rave reviews from fans and critics alike, especially with its inclusion of Frank Castle, a.k.a. The Punisher (Jon Bernthal), in season two. It’s been two years since season two of Daredevil but season three is set to debut very soon.

This Friday, season three of Daredevil hits Netflix, and it features the character’s return to his all-black suit from season one. Check out the new poster for the series below, released via the Marvel Entertainment Twitter account, giving a visual representation of the character leaving his old suit for his new one to fight Kingpin (Vincent D’Onofrio) once again. 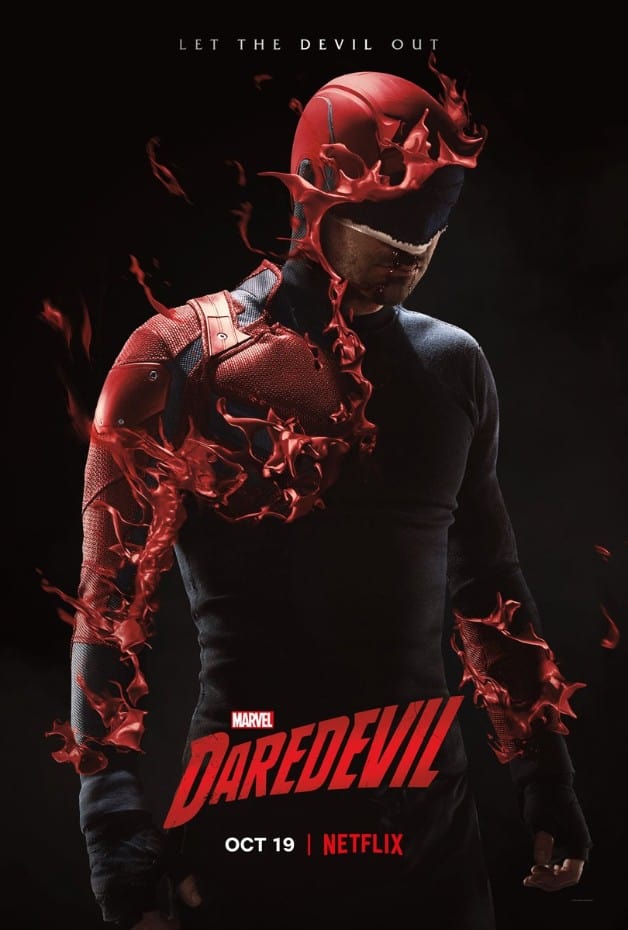 Although the Devil of Hell’s Kitchen is going back to his old costume to face an old foe, there is at least one major new antagonist making his debut on the show this season. Wilson Bethel is joining season three of the Netflix series to play the iconic comic book villain Bullseye. The character hasn’t appeared in live-action since being played by Colin Farrell in the infamous 2003 Daredevil movie starring Ben Affleck.

We’ll be sure to keep you updated on all news regarding Daredevil season 3 as more information becomes available. Are you happy to see Matt Murdock return to his own series? Which Netflix/Marvel series has been your favorite thus far? Let us know your thoughts in the comments below!