It’s almost time. We’re only two short weeks away from season two of Daredevil hitting Netflix and Marvel has released a new and exciting promo image to get fans ready. The image features the titular character taking on members of The Hand on a rooftop. The shot provides a great new look at Matt Murdock’s suit in the second season and is particularly exciting if you’re a fan of Frank Miller’s run of the comic book series. Check out the new image below and let us know what you think afterwards in the comments section. 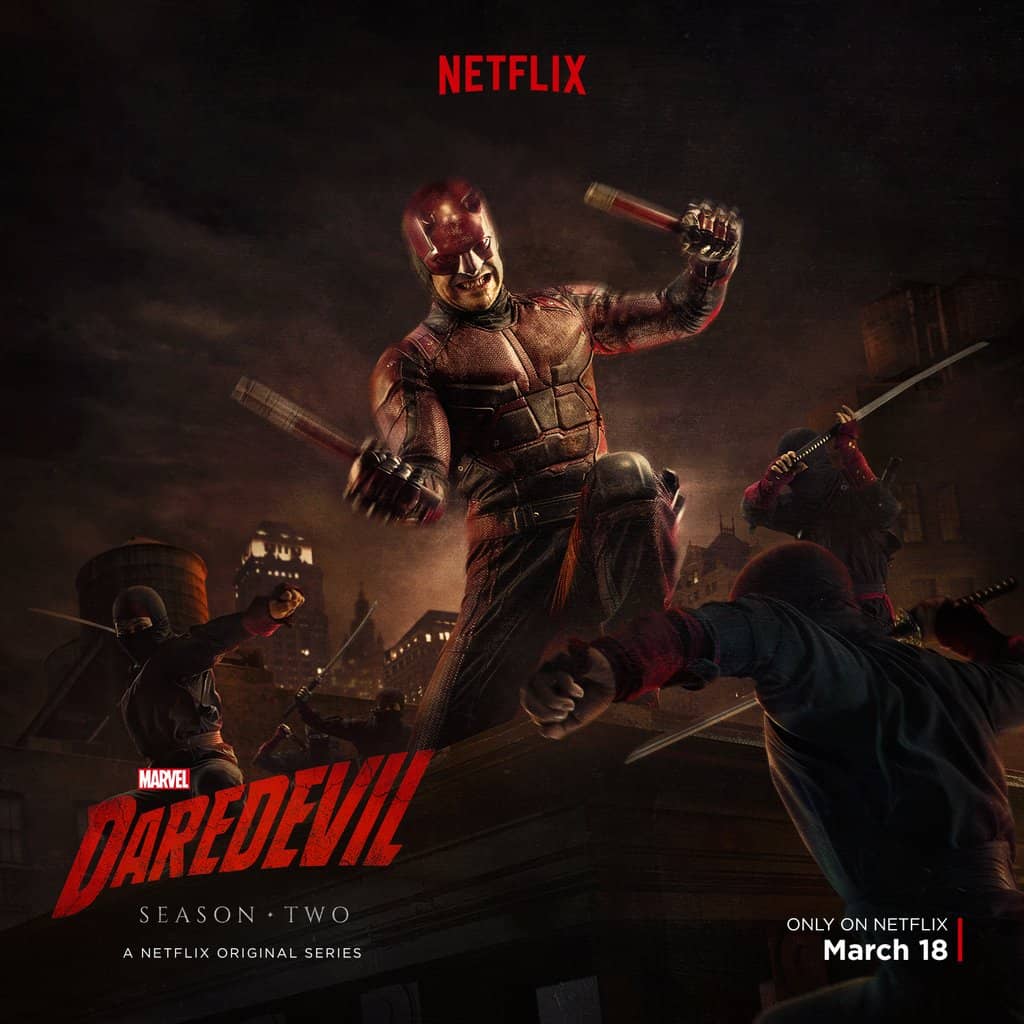