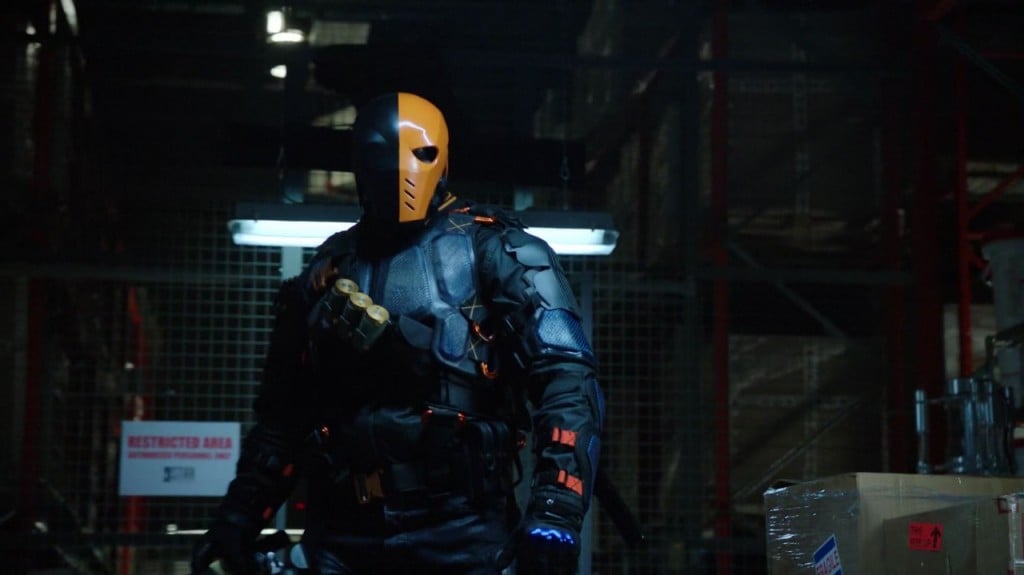 It seems that the recent news that Deathstroke would be joining the DCEU, apparently as the villain in The Batman solo film, was one of so much scale it could be claimed that it broke the internet. Well, people still aren’t fed up of talking about it, and particularly on the idea of comparing the movie version of Deathstroke to Manu Bennet’s interpretation of the character on Arrow. Speaking at Salt Lake City Comic Con, Arrow star Stephen Amell was asked about how the show’s own Terminator will be affected by the one appearing in the Affleck helmed movie.

“That [question is] actually something that people bring up on a regular basis…that DC has told us you can’t have or you must get rid of [this character]. That’s not how that works. Diane Nelson and Geoff Johns – the people at Warner Bros. on the feature side, the people at Warner Bros. on the television side – are all in the business of making the best products for fans. Just because there may or may not be a Deathstroke in the DC Extended Universe doesn’t mean Manu Bennett can’t exist on our show.”

So, there you have it. Just because he’ll be appearing in the movie side of the DC universe, doesn’t mean we won’t see more Deathstroke on Arrow. However, don’t take this as confirmation that we will be seeing the character again anytime soon. Manu Bennet has spoken out how he was disappointed the direction the show took with his character in his Season 3 appearance, something that the execs surely wouldn’t have been to happy with. It could even mean Bennet doesn’t want to return to the show at all. But at least now we know it is possible, and it isn’t the movies stopping the TV shows from bringing certain characters back, at least not directly.

“There is no in-fighting,” Amell said. “there is no war between the two factions. It’s all a collaborative effort and – in the grand scheme of things – I think the television universe has done just fine for itself.”

You can see just how fine the television universe has done when Arrow returns to the CW on October 5th.