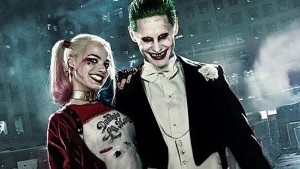 This year has been a fantastic year for superhero fans. Marvel Studios released Captain America: Civil War, as well as having another of their films in the bank, Doctor Strange. On the flip side of things, DC Comics found incredible success with the next entries of their DC Extended Universe with Batman V Superman: Dawn of Justice and Suicide Squad.

With Halloween around the corner, now is the time when people go out of their way to purchase the latest trend in costuming, and what is the trend this year? DC Comics. According to NRF’s survey detailing the top 10 costumes for consumers, DC Comics tops the list in three different demographics, including pets. Costumes such as Batman, The Joker and Harley Quinn being major contributors to this. Among the list of other DC superheroes who scored well, Wonder Woman and Superman found their place too. One would assume DC Comics’ latest films were huge contributors to this fact.

So, the question is, who will you dress up as for Halloween? I have already purchased a couple of boomerangs to complete my Captain Boomerang costume. But what about you?