Deadline has unveiled details on the upcoming re-release of the Merc with a Mouth’s second feature film titled Once Upon a Deadpool.

Once Upon a Deadpool will be released in theaters on December 12 for a limited engagement that concludes on Christmas Eve. The PG-13 re-release of Deadpool 2 will includes new footage in the form of a framing sequence that was shot by Ryan Reynolds and his crew in a single day. Furthermore, Ryan Reynolds explained that a portion of the ticket sales profits will be donated to charity:

“Because it’s the season of giving, we will also be giving $1 for every ticket sold to F-ck Cancer, which will be renamed Fudge Cancer just for this limited time and campaign.”

Reynolds added that charity component was a request he made for the re-release:

“Fox has been asking for a PG-13 basically since the start in 2006. I’ve said no since 2006. Now, this one time, I said ‘Yes’ on two conditions. First, a portion of the proceeds had to go to charity. Second, I wanted to kidnap Fred Savage. The second condition took some explaining…”

Fred Savage, who will appear in eight scenes that are added in between existing sequences, made the following comment on his role:

“While my participation in this film was anything but voluntary. I am happy to learn that Fudge Cancer will be the beneficiary of this shameless cash grab.”

Once Upon A Deadpool will be three minutes shorter than the R-rated cut and is the response is reportedly being observed by Disney and Marvel Studios, potentially meaning that the results will inform how they include the film series into their plans after acquiring 2oth Century Fox. Executives at Fox reportedly embraced the idea of exploring a PG-13 version of Deadpool after Reynolds informed them of the concept he devised with Rhett Reese and Paul Wernick. 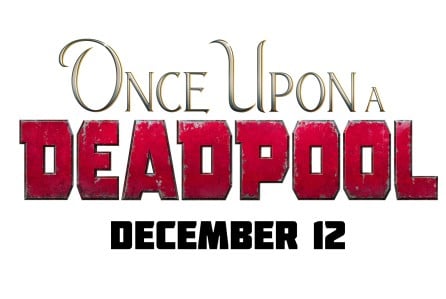 Will you head back to theaters to watch this PG-13 version? Share your thoughts in the comments section below!