In the most recent issue of Marvel’s Strikeforce comic series, the titular team seeks refuge on Monster Island, which is now run by Deadpool. Upon meeting the Merc with a Mouth, Strikeforce leader Blade begins exchanging shots with Deadpool, which results in the aforementioned nod the former’s movie history.

After Blade expresses his displeasure at seeing Deadpool on the island, the Merc with a Mouth replies by saying, “Blade. Been in any good movies lately? Last I saw, you were huntin’ down Parker Posey and some sexy dude.” Of course, the movie he is referring to would be the Blade Trinity, the third installment of the vampire hunter’s film series starring future Deadpool star Ryan Reynolds, who is likely the “sexy dude” being referred to by the Merc with a Mouth.

Ryan Reynolds’ Deadpool Now Has A Secret Lair In ‘Fortnite’

Check out the panel below! 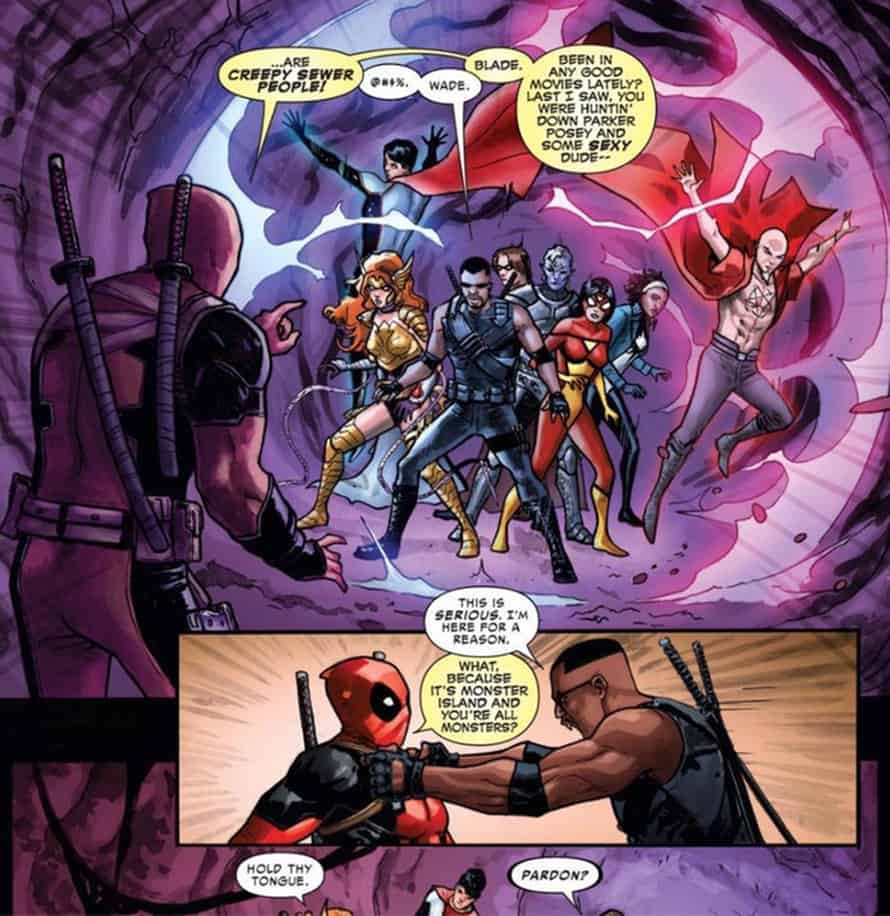 Blade is set to return to the screen with a new project from Marvel Studios featuring Mahershala Ali as the lead character. Full details on Mahershala Ali’s Blade are currently unknown, though Kevin Feige confirmed the reboot will be part of Marvel Studios’ Phase 5. The project is said to have come about after Mahershala Ali called Marvel expressing his interest in Blade following his Academy Award win for his performance in Green Book.

Meanwhile, Ryan Reynolds has confirmed that he is working on a Deadpool sequel with Marvel Studios. However, there has been no official word on where Ryan Reynolds’ third Deadpool film might fit into Marvel Studios’ Phase 4 or 5 line-ups. In the meantime, fans can re-watch Ryan Reynolds’ most recent appearance as the Merc with a Mouth in Deadpool 2.