Following our first look at Daredevil, Jessica Jones, Luke Cage and Iron Fist assembled on the cover of their latest issue, EW has released a new photo from Marvel’s The Defenders, featuring Sigourney Weaver’s mysterious villain.

EW reveals that Weaver’s character is named Alexandra, who showrunner Marco Ramirez describes as an “utter badass.” Any further character details are being kept under lock and key, but Ramirez had the following to say about the actress:

“Sigourney is the kind of person you can buy as the smartest person in the room, who you can also buy as a person holding a flamethrower. Her character is a very powerful force in New York City. She’s everything Sigourney is: sophisticated, intellectual, dangerous. I’m sorry. I can only say a bunch of adjectives right now.”

You can check out the Defenders photo below. 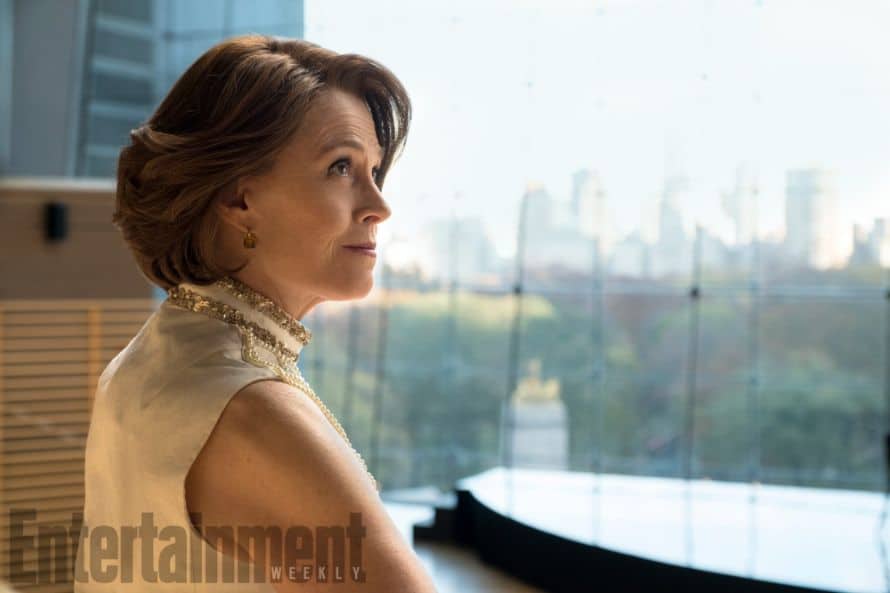 “Marvel’s The Defenders” follows Daredevil, Jessica Jones, Luke Cage and Iron Fist. A quartet of singular heroes with one common goal – to save New York City. This is the story of four solitary figures, burdened with their own personal challenges, who realize they just might be stronger when teamed together.”

Marvel’s The Defenders debuts on Netflix in 2017. Stay tuned for more updates!