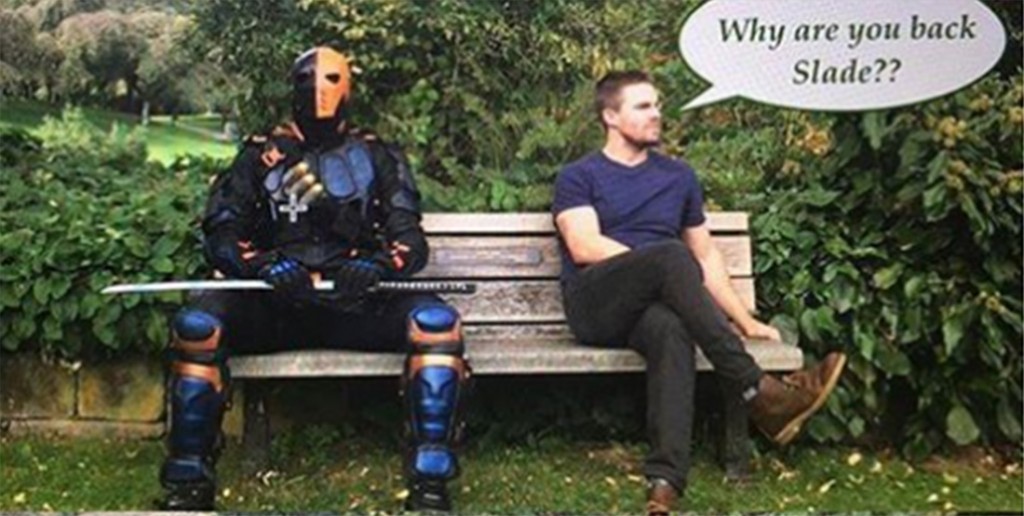 Fans of Arrow‘s glory days reminisce most vocally about one thing – season 2’s big bad, Slade Wilson aka Deathstroke, played by actor Manu Bennett. The character was a primary focus for half of the first season and the entirety of season two, as he attempted to carry out his promise to Oliver of killing him and everyone he loves. He was defeated at the end of the second season, only to be captured and imprisoned on Lian Yu. He made a brief appearance in one episode of season 3, but it all honesty, it was lame and was not received well by audiences. Now, to the surprise of most fans, it was recently teased by Stephen Amell himself that Deathstroke might be coming back once again.

Amell teased the return by sharing an image of himself and the mercenary on a park bench. This image set the internet ablaze yesterday, leading many fans to speculate why Slade Wilson may be returning, and if it will in fact be Manu Bennett reprising the role once again. Well, we may have gotten our answer via Manu Bennett’s own social media teases.

Bennett posted a meme over his Facebook that included the image Amell had shared. It shows a speech bubble over Amell’s head, with the actor asking the mercenary why he was coming back. In the new meme, Deathstroke simply replies with a sword to Oliver’s head. Fun times. Check out Bennett’s meme, below: 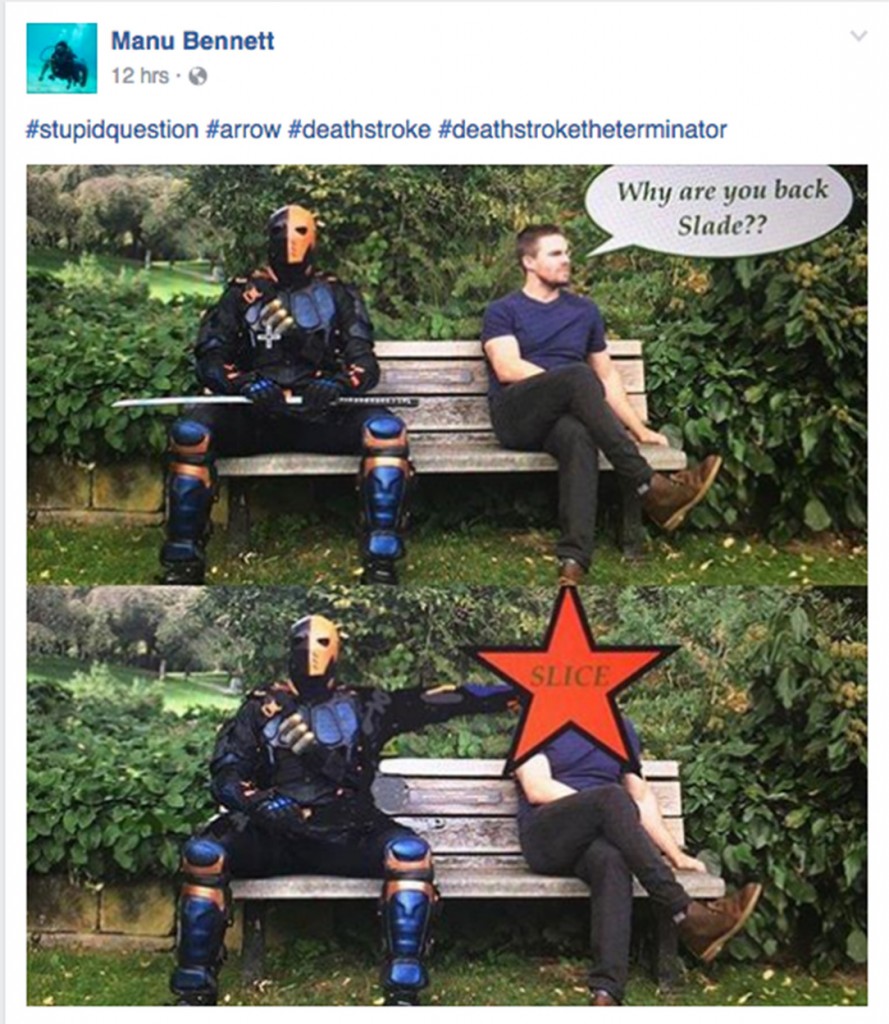 I think the hashtag #stupidquestion sums it up quite nicely. Bennett makes it fairly clear that Deathstroke will be coming back to take out Oliver Queen and once and for all keep his promise. Most fans are under the assumption that Deathstroke will be back for the 100th episode, and luckily as of right now we don’t have all that long to wait until we get find out for sure.

Are you excited for Deathstroke to return to Arrow? Let us know in the comments.

Arrow returns to the CW on Wednesday, October 5th at 8 pm.