Director Zack Snyder has been known to drop little teases and images of his DCEU film projects for a while now. So far he’s teased Mera, Aquaman, and even Comissioner Gordon on his personal Twitter account. Recently, he was convinced by resident DCEU photographer, Clay Enos, to join a site called Vero, where professionals share photography with fellow professionals. So far he has been posting some amazing content on the site, including many set pics of his upcoming blockbuster behemoth, Justice League. And now he has posted some images of the very first costume test for Henry Cavill‘s Superman, from Man of Steel. You can check out the amazing and historic picture below. 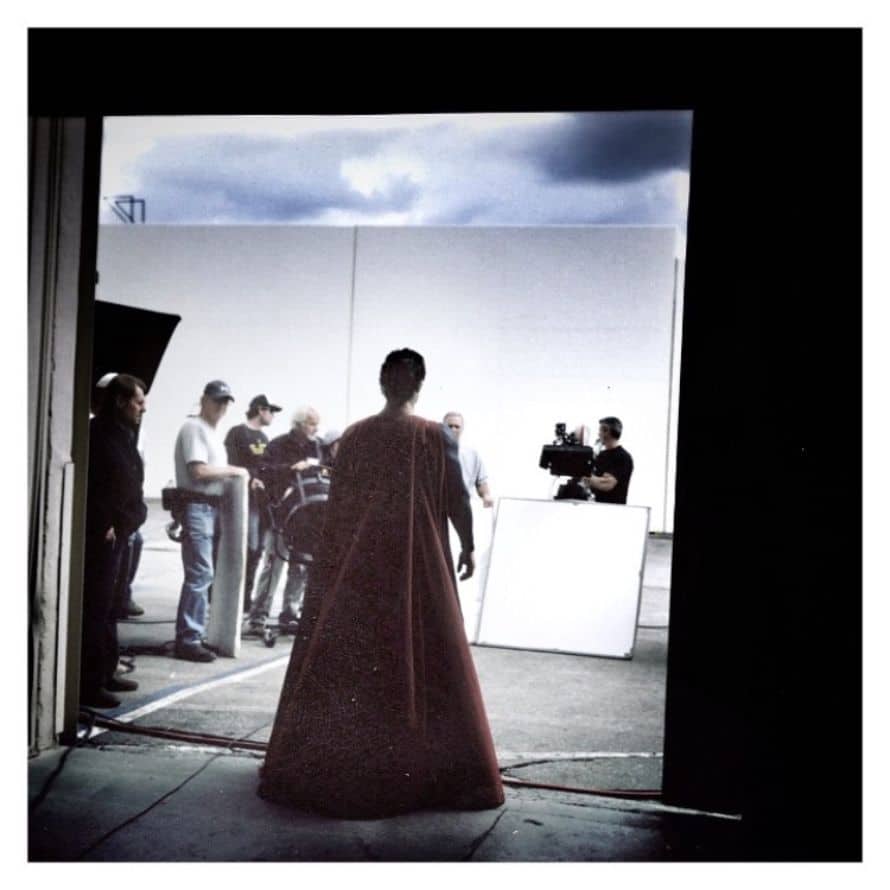 This is such an immaculate and beautiful shot for what must have been a real tear-jerker of a moment. As someone who personally loves all things Superman, including Henry Cavill’s portrayal of the man of steel, I would kill to be there for a moment such as this one. Hopefully we’ll be seeing plenty of him in next year’s Justice League, and I’m sure with a visionary like Zack Snyder helming the project, his return is going to be just as memorable as his first day on the job.