The Chinese New Year has officially begun and Disney has celebrated it by releasing a new series of posters that includes one for the upcoming live-action remake of Aladdin!

You can see the full poster below: 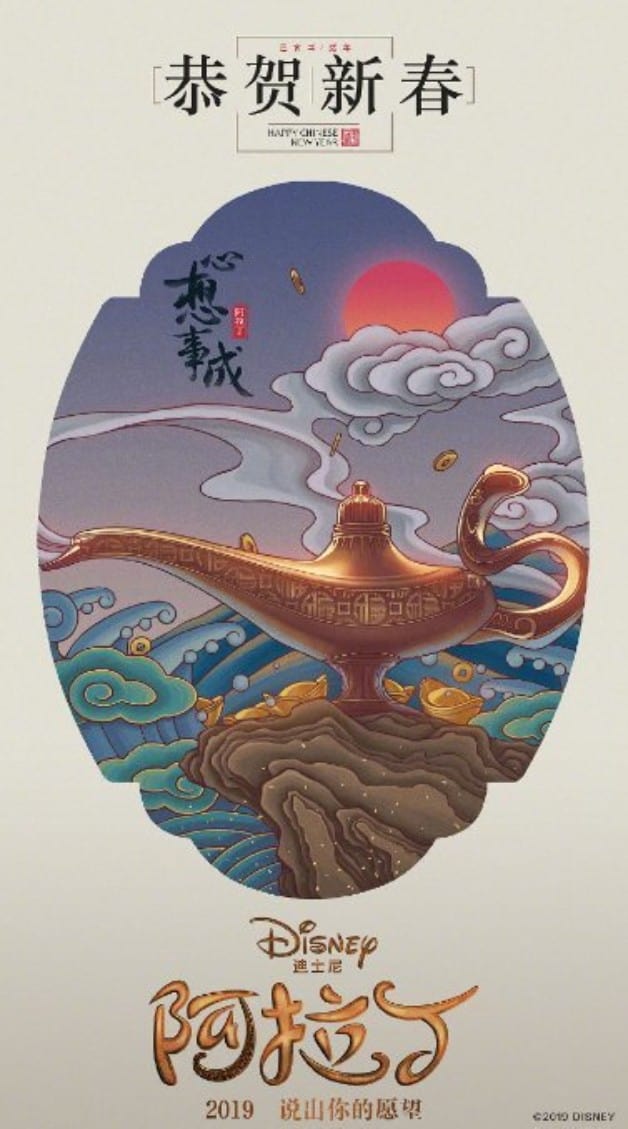 What do you all think of this poster? Are you looking forward to Disney’s live-action remake of Aladdin? Let us know what you think in the comments below!

The cast features Mena Massoud who stars in the titular role of Aladdin, as well as Smith as the Genie, Power Rangers star Naomi Scott as Jasmine, Numan Acar (Homeland) as Hakim, the head of the guards and Jafar’s right-hand man, and Marwan Kenzari as Jafar. In addition, the live-action remake features new characters made just for the film played by Billy Magnussen (Game Night) and former Saturday Night Live comedienne Nasim Pedrad.

Aladdin is currently slated to hit theaters May 24, 2019. Stay tuned to Heroic Hollywood for more news regarding the movie!