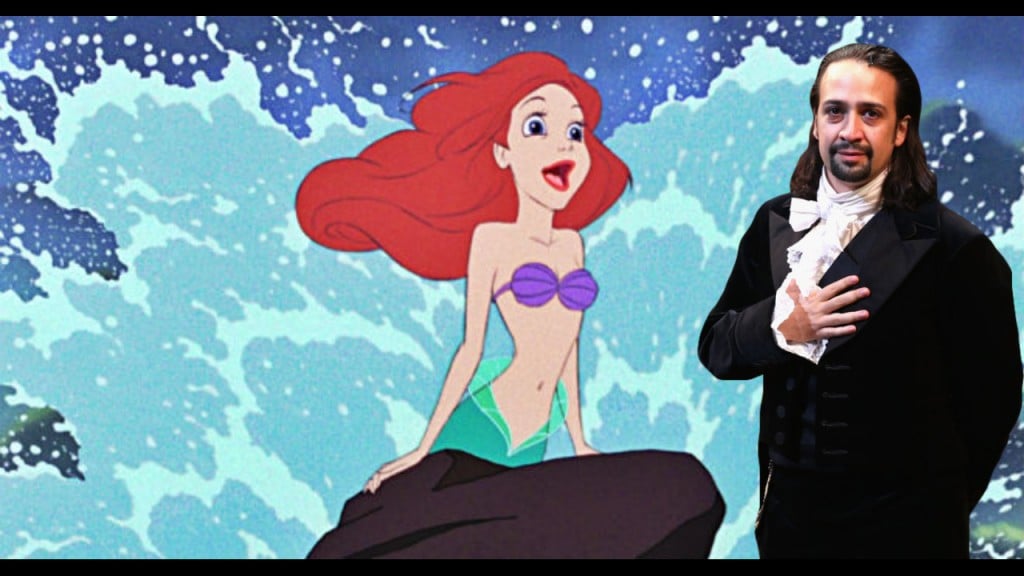 Lin-Manuel Miranda has had the year of a lifetime with the success of his groundbreaking hip-hop musical, Hamilton. The show, which Miranda wrote the book, music and lyrics for won 11 Tony Awards and continues to be the biggest hit on the Great White Way this decade. Miranda departed the titular role he originated in July and since the show kept growing into a cultural phenomenon, he has gained more and more opportunities to “Blow Us All Away”. In particular, Miranda has contributed his musical talents to multiple projects such as Star Wars: The Force Awakens and the upcoming Disney animated film, Moana.

Miranda has also joined the upcoming Mary Poppins Returns alongside Emily Blunt under the direction of Rob Marshall (Chicago, Into the Woods). From the look of things, he is already on track to become a Disney Legend, and it looks like Disney is more than happy to have him be a part of the family with this exciting news. It has been reported that Miranda will work with legendary composer Alan Menken in an upcoming live action remake of the 1989 animated classic, The Little Mermaid. The new film will feature some of the original film’s classic songs as well as new music both Miranda and Menken are writing together. Miranda is also a producer on the project, along with Marc Platt.

This is great news on so many levels. First off, the prospect of having Lin-Manuel Miranda working on another Disney project bodes well in the studio’s confidence in their collaboration together. Also, Disney has had three home runs with their recent live-action adaptations of their classic animated films. Cinderella was a lovely theatrical experience, whereas The Jungle Book pushed the envelope in visual effects. As great as those two films were, the (unfortunately) under-performing Pete’s Dragon might actually be the best of the bunch. This train will keep on chugging as we now have Beauty and the Beast to anticipate, and now adding The Little Mermaid onto that roster has me salivating for what comes next. I just have one fan-request: please get Daveed Diggs to voice Sebastian. Diggs would take this seahorse by the reins.