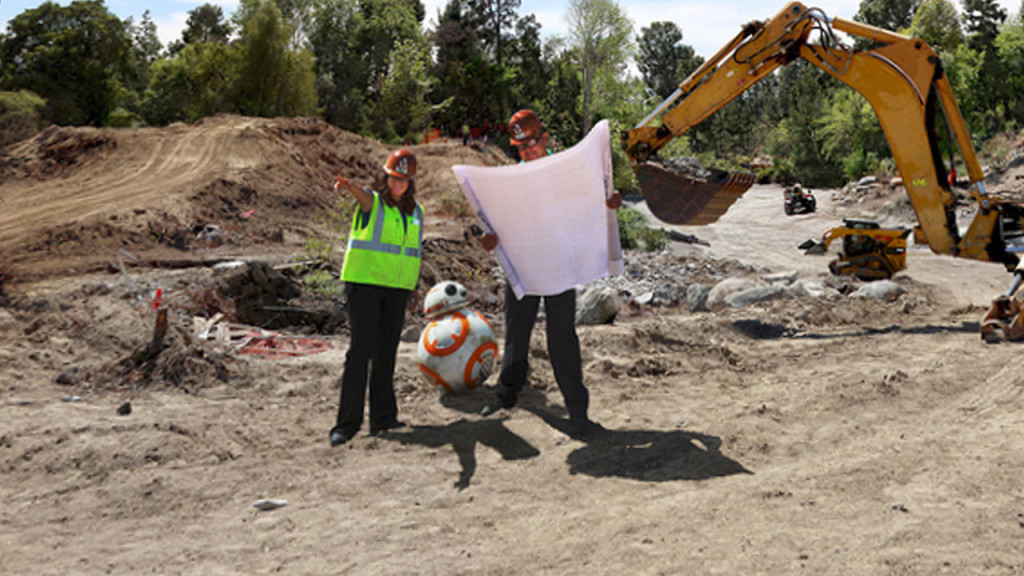 Star Wars fans are one step closer to being in a galaxy far far away. Disney announced that they have officially broken ground on the upcoming Star Wars lands at Walt Disney World and Disneyland.

In honor of the event, Disney released an interactive photo module showing the site at Disneyland. The image features some fun Star Wars Easter eggs, including, BB-8 and R2-D2.

The lands are expected to open in late-2018. The massive expansion was announced last summer at the D23 Expo.

Once the land opens, it will stretch over 14 acres and have two rides. The first ride being a Millennium Falcon simulator and the second being an interactive battle between the First Order and the Resistance. The area will also include themed shops and restaurants, with our favorite Star Wars characters incorporated within the par.

Bob Iger, CEO of Disney, expressed that this would be a real life experience for fans.

“We are bringing Star Wars to life in a big way.”

Disney has already had great sucess with Star Wars upon the release of Star Wars: The Force Awakens. Setting box office records around the world. The focus is now on the upcoming Star Wars Story: Rogue One, being directed by Gareth Edwards  and the upcoming Eposide 8, being helmed by Rian Johnson.

Are you looking forward to going to Star Wars land in either Orlando or California? Comment below and let us know!
Source: Yahoo News