There’s been a Stephen King adaptation renaissance over the last few years and Doctor Sleep is the newest entry on the expanding list. Based on the 2013 book with the same name, Doctor Sleep is a sequel to King’s The Shining that follows Danny Torrance (Ewan McGregor) as an adult still dealing with the ghosts of his horrific past. While there are some spooky moments and intriguing character interactions, Doctor Sleep fails to hit the high mark set by its predecessor and Warner Brothers’ other big, recent King adaptation – It: Chapter Two –– and falls closer to the second-rate The Dark Tower (2017) or Pet Sematary (2019).

Since his traumatic childhood at the Overlook Hotel, Danny has become a drunk trying to avoid the shine powers inside him. As a child, Danny was plagued by the Overlook’s ghosts as they lashed out looking for sustenance after the hotel was shut down. It’s only with the assistance and quasi-mentorship of Dick Hallorann (Carl Lumbly) that Danny learns how to control his powers and exorcise the ghosts to return some level of normalcy to his existence. Emblematic of life’s cyclical nature, it eventually falls to Danny to help train another powerful Shiner, Abra Stone (Kyliegh Curran), right as a group of powerful, shine hunters catch her trail and start hunting her down.

At the heart of the entire movie is Ewan McGregor’s performance as Danny. Tortured to the core after his horrific childhood, Danny has become a lost individual, wondering around looking for some kind of temporary solace from his traumatic past. In a lot of ways, Doctor Sleep can and should be seen as a film about someone dealing with PTSD; Danny does everything he can, from whoring around to starting a whole new life in a small, New Hampshire town, to escape from the past. A character study that glazes over much of the protagonist’s development with time-jumps, Doctor Sleep wants audiences to empathize for Danny but doesn’t necessarily take the time to show him growing into someone worthy of our (and Abra’s) admiration.

Most of the ensemble is rather clunky, but Kyliegh Curran excels as Abra Stone. A young girl who, like Danny before her, is cursed with immense Shining powers, Stone does a great job showing just how confused and powerful Abra can be. Having a mysterious power and a strange connection to others that allows her to see when they die is a lot to handle for a young child, and Abra is strong enough to maintain her composure despite everything falling down around her. The other cast member who undoubtedly deserves a shoutout is Rebecca Ferguson as Rose the Hat. While there are a lot of elements to the character I wanted to see explored deeper, Ferguson does a great job bringing the character’s seductive, witchy qualities to life and excels at being an unsettling presence whenever she’s on screen. 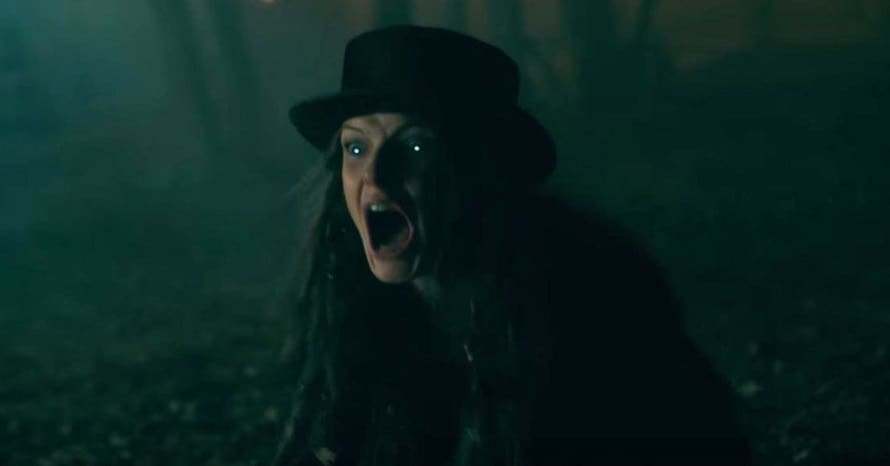 Despite the noteworthy performances, director Mike Flanagan’s finished product feels almost amateurish. The director, who helmed another King adaptation last year with Netflix’s Gerald’s Game, also wrote the clunky screenplay. A whopping 153 minutes, Doctor Sleep draws out every moment to the point of exhaustion, with the movie feeling closer to 300 minutes than anything else. Many of the elements that could have provided more depth to the story, like Danny’s rapid, co-dependent friendship with Billy Freeman (Cliff Curtis) or his long-distant communication with Abra, were simply glossed over and quickly established in order to move along to more spooky, atmospheric material. Tonally, the movie feels closer to a teenage, ensemble horror-drama, something akin to MTV’s Teen Wolf, than a followup to one of the most methodical, enigmatic horror movies of all time.

The Shining is lauded for its haunting cinematography, images that stick with viewers long after seeing the movie, but Doctor Sleep has no such moments. A few days out, the only sequence that still makes me uncomfortable is a gratuitously violent child torture scene — classic Stephen King — where a young boy is manipulated, tricked and slowly mutilated in a field. In fact, the movie even recycles classic visual moments, like the bloody hallway, or Johnny slicing through a hotel door with an ax, to ratchet up the tension and remind people that they’re watching a sequel to The Shining. Rather than rely on original, creepy, imagery or complex camera movements to frighten people, Doctor Sleep is overly reliant on high-pitch wines and crashing noises to remind audiences they’re watching a horror movie.

Something that really stands out in Doctor Sleep is the poor sound design. Like a lot of modern horror flicks, Doctor Sleep relies on high-pitch, shrill noises to indicate something spooky is about to happen. Composers Andy Grush and Taylor Stewart do a fine job with the score, but none of the original pieces are entirely memorable. The music is at its most enjoyable when it interweaves classic themes from The Shining in, but that also gets tiring because it just constantly reinforces the “nostalgia mining” going on in the movie and reminds viewers how vacant all the new material truly is.

Part of what made The Shining so effective was its intense focus on the Torrance family’s — specifically Jack’s –  descent into madness at the Overlook Hotel. While Danny is the focus of the movie, Doctor Sleep suffers from having too many plot threads to maintain. Instead of truly letting the tension or sense of claustrophobia build on a scene, Flanagan is too happy to cut between groups, checking in on how Abra or Rose the Hat are doing, which resulted in me constantly being pulled out of the dread of each moment.

It’s hard not to talk about this movie as anything but a sequel to The Shining. While the two movies have somewhat different themes and explore similar subject matter in contrasting ways, Doctor Sleep is designed and shot to constantly remind individuals that it’s a follow-up to The Shining. Unfortunately, rather than connect people back to King’s careful, twister lore, each shot reminds audiences that they can and should be watching the exponentially more satisfying original than this hollow follow-up.