The Comic-Con goodies keep on coming as Entertainment Weekly has unveiled a brand new piece of concept art from Scott Derrickson’s Doctor Strange, giving us another look at star Benedict Cumberbatch as the Sorcerer Supreme. The actor, who’s best known for his role on BBC’s Sherlock, also spoke to the magazine about the similarities between Strange and the consulting detective:

“The two men are intelligent. Finito. That’s it. Stephen Strange is a lover, he’s a materialist, he’s arrogant, but he’s got a great sense of humor. There are smatterings of the same colors that Sherlock has, but he’s not on the spectrum.” 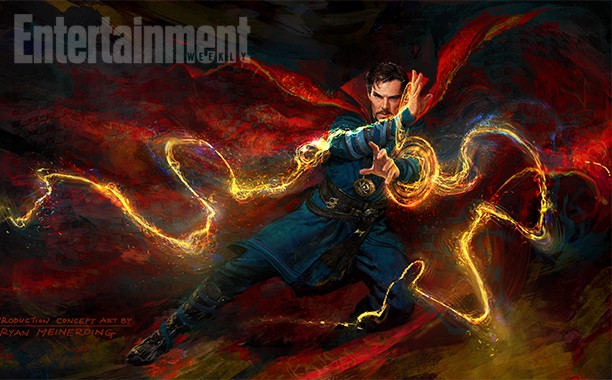