The rumored villain of Doctor Strange in the Multiverse of Madness was possibly teased in the newest What If…? trailer.

Marvel Studios’ first-ever animated series What If…? is set to hit Disney Plus next month, and the newest trailer for the upcoming show gave fans another glimpse at what exciting new stories await in this new medium for the Marvel Cinematic Universe. Given that What If…? will explore alternate scenarios for the MCU characters, it’s not hard to find a link between this series and two other Marvel Studios entries: Loki and the upcoming Doctor Strange in the Multiverse of Madness.

Given that Loki has now shed light on the concept of Variants and the Doctor Strange sequel will delve into the concept of the Multiverse, What If…? could potentially reveal more regarding the future of the MCU than some initially believed. The new trailer possibly revealed a look at a rumored villain that may be featured in the Doctor Strange sequel: 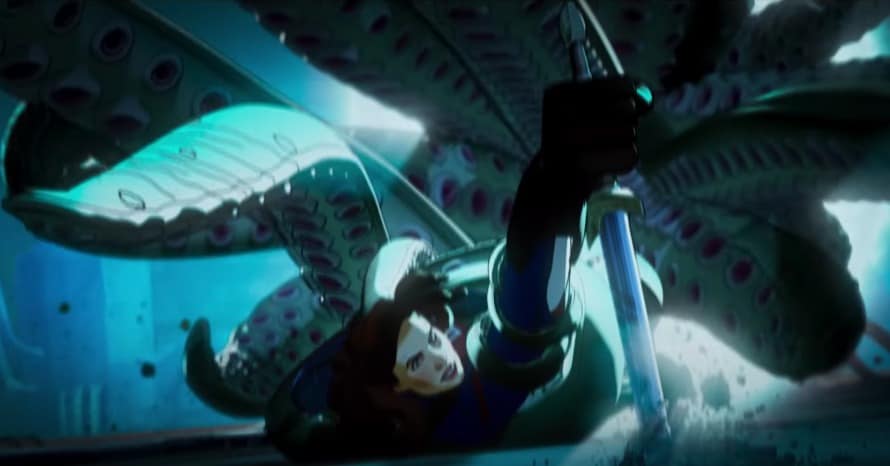 In this screenshot, we see a tentacled creature that could possibly be Shuma-Gorath attacking Captain Carter (Hayley Atwell). Insider Daniel Richtman previously reported the rumor on his Patreon that Shuma-Gorath would appear in the MCU, with the assumption that Doctor Strange in the Multiverse of Madness being the film in question given the character’s connections to him in the comics.

It’ll be interesting to see if What If…? teased this villain ahead of Doctor Strange in the Multiverse of Madness, which will likely bring in massive changes to the MCU as we know it. What do you make of this? Do you think that the upcoming series is linking closer to the Doctor Strange sequel more than initially expected? Sound off in the comments below.

Here is the plot synopsis for Marvel Studios’ What If…?:

“Exploring pivotal moments from the Marvel Cinematic Universe and turning them on their head, leading the audience into uncharted territory.”

What if…? will premiere on Disney Plus on August 11. Episodes will be released weekly. Stay tuned to Heroic Hollywood for all the latest news surrounding the Marvel Cinematic Universe and subscribe to our YouTube channel for original video content!