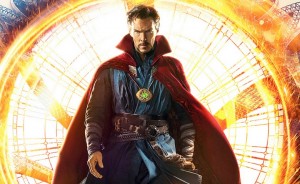 As we are now one month away from the theatrical release of Doctor Strange in the United States, it is no surprise to expect tickets to go on sale shortly. AMC has just announced on their Twitter, that tickets will be going on sale on Monday, October 10th.

While Marvel is typically the one to announce presale dates ahead of time, it looks like they dropped the ball and AMC had to announce it for them. It is also crucial to note that this is the ticket presale date for the United States, ticket sales for other countries are unknown at this time.

Dr. Stephen Strange (Benedict Cumberbatch), a young, arrogant surgeon with a promising career, loses his ability to operate after a terrible accident. Despondent and suicidal, Dr. Strange seeks advice from a mystical being known as the Ancient One and learns that he is the newly designated Sorcerer Supreme, responsible for protecting the planet from evil. With his girlfriend Clea and his loyal assistant Wong in tow, Strange sets out to fulfill his destiny.

Doctor Strange casts its way into theaters on November 4th.