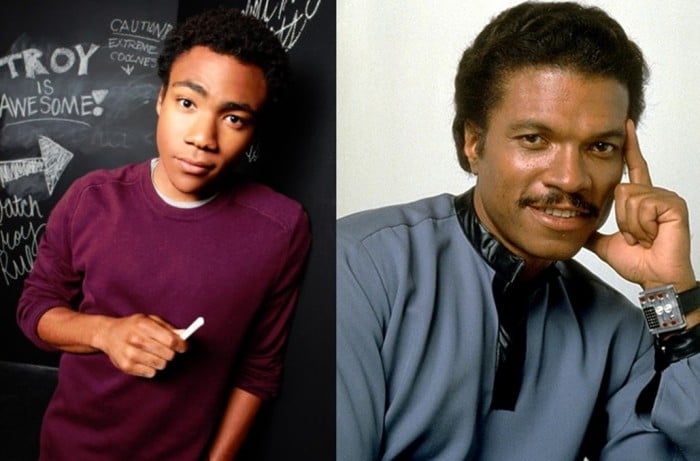 When it was announced that Disney and LucasFilm had a standalone young Han Solo movie in the works, many fans were left scratching their heads. How can any actor step into the same role that Harrison Ford made so iconic? The whole ordeal seemed like a cash grab, but with directors Phil Lord and Christopher Miller at the helm, Alden Ehrenreich as everyone’s favorite smuggler and of course, Donald Glover as Han’s old friend Lando Calrissian has brought significant excitement within the Star Wars fandom.

The casting of Glover in particular was universally praised by fans. For one, he’s well-beloved in pop culture through television, film and music. Seeing an artist as charismatic and dynamic as Glover following in the footsteps of Billy Dee Williams was by far one of the most inspired casting decisions ever made in the Disney era of Star Wars.

Naturally, the excitement of playing one of the most iconic characters in the franchise is pretty massive. It’s easy to get lost in the prospect of portraying an icon, but as long as your able to deal with the pressure and make it your own, you can succeed. In a recent radio interview, Glover once again discussed his upcoming role:

There’s a lot of pressure when you walk down the street, people are like “yo I’m excited about that Lando thing” – I’m excited, it’s a respectful role, it’s really cool iconic role, you couldn’t say no to it. People are excited about it, but I also get to do it in a new way, and I take it really seriously, I’ve been studying everyday!

Glover was recently photographed alongside directors Phil Lord & Christopher Miller as well as his co-stars Ehrenreich, Emilia Clarke, Woody Harrelson and Phoebe Waller-Bridge in the cockpit of the Millennium Falcon for the upcoming film. You can check out that photo here.

The untitled Han Solo Star Wars Story is scheduled to open in theaters on May 25, 2018.