Since Doomsday Clock is chronologically set about a year ahead of the release of DC’s other monthly titles, there are some changes in place for how some of the heroes of the mainstream DC Universe appear. One such change shows Batman in a new Batsuit that looks a lot like the one Michael Keaton wore back in 1989 for the Tim Burton movie.

Batman-On-Film has noticed that in the newest issue of Doomsday Clock, Batman’s wearing new duds when he meets up with Rorschach. 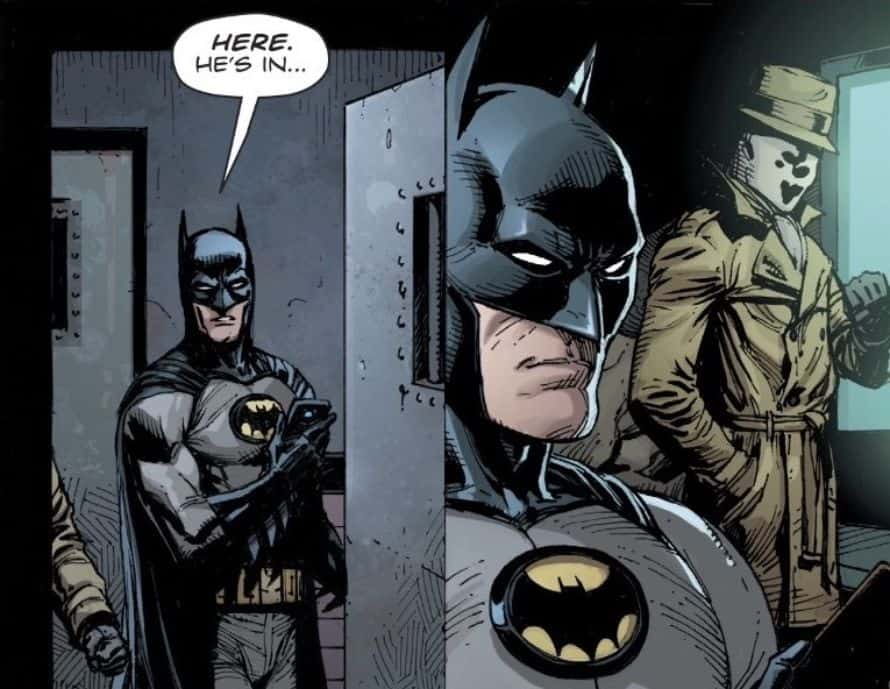 The key difference from the Keaton costume is that the actual suit itself is grey, and the central Bat emblem has slightly different wings. The utility belt also has clearer pouches than the Keaton Batsuit. Like the Keaton costume, and much unlike Superman’s new (old) costume, Batman is not “wearing his underwear on the outside” — which is welcome, considering that Superman had that to resemble a circus strongman, while Batman, as a detective with peak human abilities, kind of doesn’t need it.