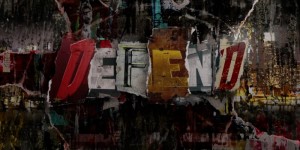 Writer/Director/Producer Drew Goddard helped get Daredevil off the ground. Unfortunately after writing the first two episodes and mapping out the entire first season, he left the project to work on the now invisible Sinister Six project with Sony. Goddard remained as an executive producer for Daredevil and Steven DeKnight took over as show runner. With another great season of Daredevil in the can, the next thing for Matt Murdock would be as part of The Defenders, the crossover show would be focusing on Daredevil, Jessica Jones, Luke Cage, and Iron Fist. Would Goddard be involved in the show?

The answer is yes, and not in a ceremonial way. Goddard is currently servicing as Executive Producer for The Defenders currently in pre-production and will begin filming soon. Goddard confirmed his level of involvement on the upcoming show.

“I was there this morning. I’ll be there tomorrow. It’s been fun. [The Defenders showrunners] Doug Petrie and Marco Ramirez are both good friends of mine. I enjoy it. Much like this [The Good Place], I like the show. I like the people. My career is a story of going to hang out with my friends and make cool stuff.”

Goddard also talks about the crossover appeal of The Defenders since it is an accumulation of all the MCU Netflix shows.

“We still have those moments where Doug or Jeph [Loeb] or somebody will just say, ‘I can’t believe we’re talking about Luke Cage and Iron Fist and Daredevil and Jessica in the same show.’ That seems like a pipe dream, ten years ago, the idea that we can have shows cross like that. That many shows, crossed, I don’t remember that happening in a way that you can fit it into a plan. It’s been really fun. I don’t know that it would have worked without Netflix’s support of that vision. It’s really fun to see it all come together.”

The Defenders is soon to be in production and will appear on Netflix in 2017.