Sony released a new poster for Dwayne Johnson’s Jumanji: The Next Level.

Sony’s Jumanji: Welcome to the Jungle updated the core concept of the original film and book on which it was based to follow a group of teens who are transported to the world of Jumanji through a video game. With a cast that included Dwayne Johnson as one of the leads, the Jumanji sequel proved to be one of the more surprising hits of the year, earning $962.1 million at the worldwide box office.

It wasn’t long before Sony moved forward with another Jumanji sequel that would reunite Dwayne Johnson and the rest of his Welcome to the Jungle co-stars. Today, Sony released the final trailer for Jumanji: The Next Level and now the studio has unveiled a brand new poster that spotlights Dwayne Johnson’s Dr. Smolder Bravestone and the team, some of whom serve as the avatars for entirely new character this time.

You can check out the new poster for Dwayne Johnson’s Jumanji: The Next Level below! 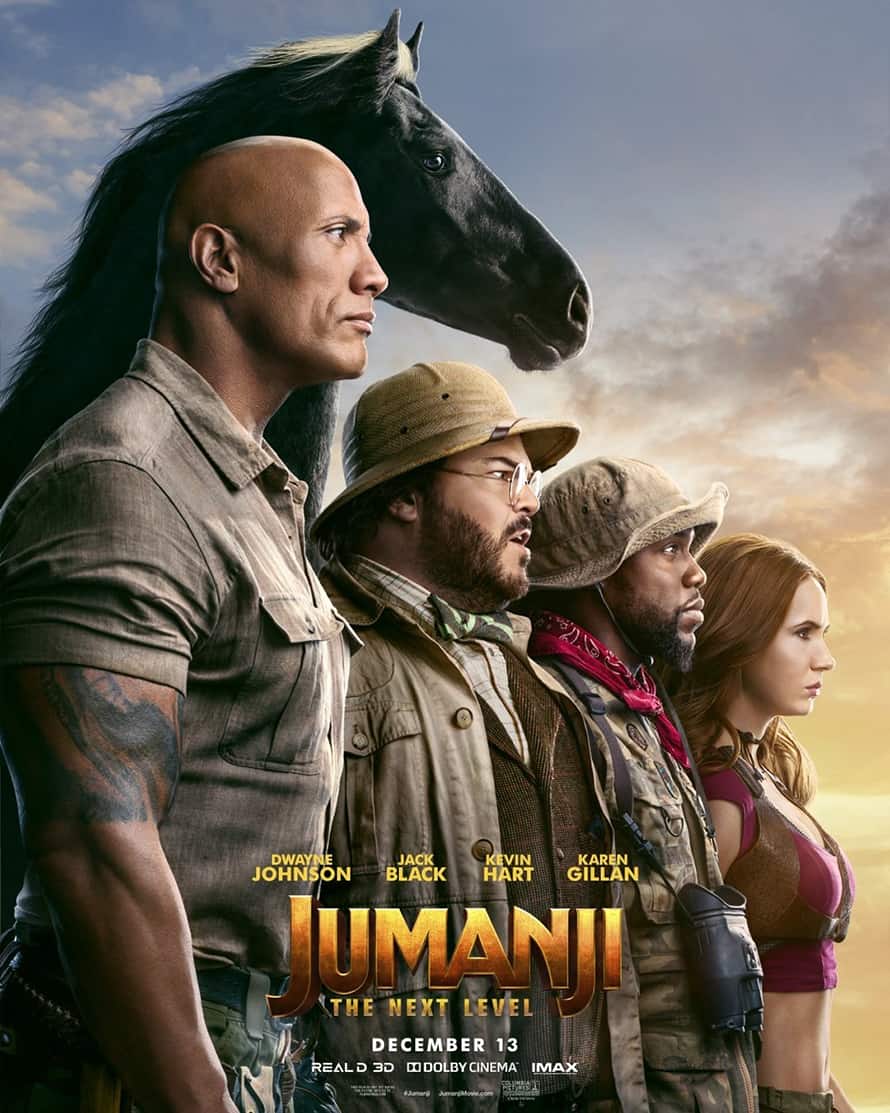 Here is the official synopsis for Dwayne Johnson’s Jumanji: The Next Level:

In Jumanji: The Next Level, the gang is back but the game has changed. As they return to Jumanji to rescue one of their own, they discover that nothing is as they expect. The players will have to brave parts unknown and unexplored, from the arid deserts to the snowy mountains, in order to escape the world’s most dangerous game.

Jumanji: The Next Level will be released in theaters on December 13, 2019.