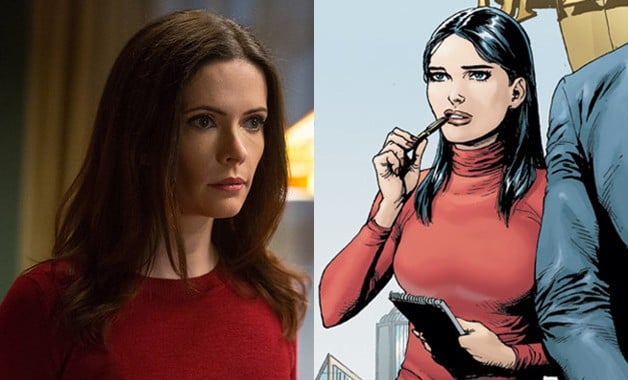 From Noel Neill to Amy Adams, there have been various actresses who have played the role of Superman character Lois Lane. Within the Arrowverse shows on the CW, there have been name drops to Lois Lane on Supergirl, a reference to Noel Neill, and even having Lois’ sister show up, but now we know that Lois, as well as the returning Superman, will be coming to the Arrowverse in the upcoming crossover special.

Elizabeth Tulloch took to Instagram to announce not just her excitement at joining the universe, but had nothing but praise for the late Margot Kidder, who passed earlier this year and is well known for playing Lois Lane in the Superman films starting from the original 1978 film and ending with Superman IV: The Quest for Peace. Tulloch revealed that when she first started acting, one of her teachers asked her to watch the Lois Lane screen tests for the 1978 film.

“All of the actresses were terrific, but it was always clear to me why Margot Kidder won the role: she seemed lit from within, full of joie de vivre. Now, at a time when the noble profession of journalism feels under siege, it’s a privilege to join the club of actresses who have played the dogged reporter.”

She went on to say that since the creation of Lois Lane, the Superman character has defied expectations and subverted how society expected women to act:

“She was portrayed as opinionated, inquisitive, and an unapologetically badass career woman at a time when many representations of women leaned more towards meek and demure. One of the reasons the character has remained so compelling for the last 80 years is that she has all these formidable, strong-willed qualities, but she’s also vulnerable, romantic, and feminine.”

Are you looking forward to seeing Elizabeth Tulloch’s take on Lois Lane in the upcoming DCCW crossover? Let us know in the comments below.