A new image from the upcoming Elseworlds crossover unites the Arrowverse trinity with John Wesley Shipp’s Flash from the 90s series.

Entertainment Weekly shared a new image of Supergirl, the Flash, Green Arrow, and Shipp in the 90s Flash suit from the highly anticipated CW crossover. Gustin and Amell are in reversed roles with the two donning swapping suits for the crossover. The heroes stand in an empty street and look on in an image similar to one Amell shared while the crossover was shooting in Vancouver.

You can check out the new image below! 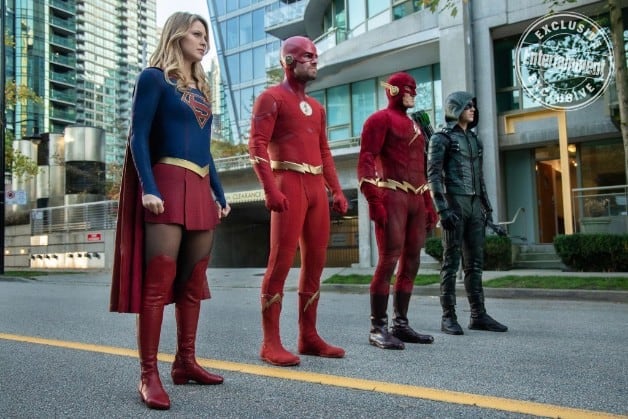