A brand new image released from the upcoming Elseworlds crossover event on The CW pays homage to Christopher Nolan’s Bane.

The highly anticipated Elseworlds event, which will see the likes of Batwoman and Superman collide with Arrow, The Flash, and Supergirl, is steadily approaching. This is one of the most ambitious moves ever from the successful shared TV universe and everyone knows there will be a ton of Easter eggs hidden throughout each episode. And some have already begun to pop up. The first comes in the form of a reminder of one the best adaptations of the Batman villain Bane to grace the silver screen. Check out the image below. 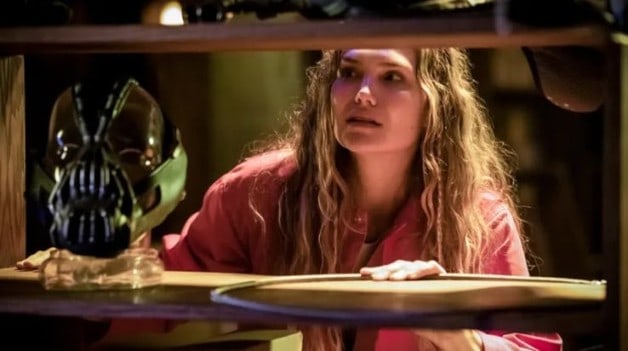 On the shelf in front of Nora Fries lies the mask that Bane wore in Christopher Nolan’s The Dark Knight Rises. The closing chapter in this epic trilogy featured Tom Hardy in the most grounded version of Bane ever to be created. This is just the first of many nods to other DC hits.

What do you think of the DC crossover event paying homage to Christopher Nolan’s Dark Knight trilogy? Share your thoughts in the comment section!