Warning: This article contains spoilers for the final episode of Elseworlds.

The final chapter in the Elseworld’s crossover event had a shocking revelation involving John Deegan and his new DC Counterpart.

The final chapter in the epic crossover event had the Flash, Arrow, and Supergirl had to deal with John Deegan manipulating reality and turned himself into an evil version of Superman. Eventually, our heroes stop this madman which reveals Deegan’s true identity. The Book of Destiny energy made his appearance change to a grimy grey complexion.

You can check out an image below: 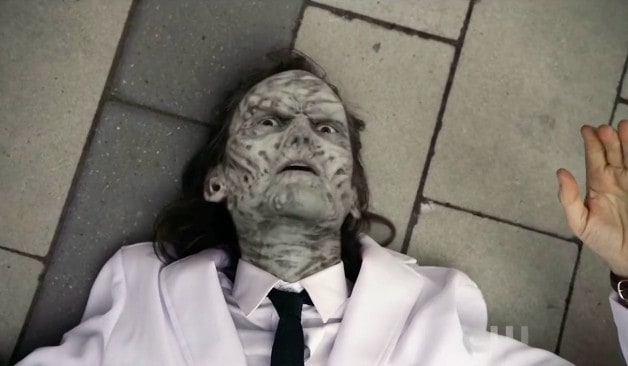 Deegan is actually Doctor Destiny. In the comics, he is a formidable villain that has crossed paths with the JLA and has been imprisoned in Arkham Asylum. In the end of the episode, Ruby Rose’s Batwoman claims Destiny has been transported to Arkham Prison. We see him sharing a cell with Psycho Pirate. Their interaction confirms to fans that Crisis on Infinite Earth is definitely on its way. This was a great way to close out the awesome crossover event.

What are your thoughts on this major reveal? What did you think of Elseworlds overall? Are you excited for a Crisis on Earth event on The CW? Please share your thoughts in the comments below.