The Evolution Of Superman In The DCEU

Batman v. Superman: Dawn of Justice has officially released and the DC Extended Universe (DCEU) has been born. We have all finally gotten a glimpse of what’s to come in the future movies of the DCEU. The movie has received massive amounts of negativity from critics; however, fans and parents alike have been praising the movie. One of the things that has people separated throughout Man of Steel and Batman v. Superman: Dawn of Justice is how they feel Superman is portrayed. Many feel that he is being portrayed in a very negative light and how this iteration goes against all they know about him. I feel that that these two movies began the evolution of Superman and his journey to becoming that perfect Christopher Reeve Superman we all know and love.

In this article I will be discussing the evolution of Superman and how both Man of Steel and Batman v. Superman: Dawn of Justice have begun to shape the Last son of Krypton for the future of the DCEU. Seeing as I will be talking about Batman v. Superman there will be massive spoilers ahead…

Now comes Man of Steel a movie that seems down to earth, serious, and less nostalgic feeling than previous Superman movies. This movie would soon cause fans of this titular hero to split on whether or not they like or dislike this new version of Superman. 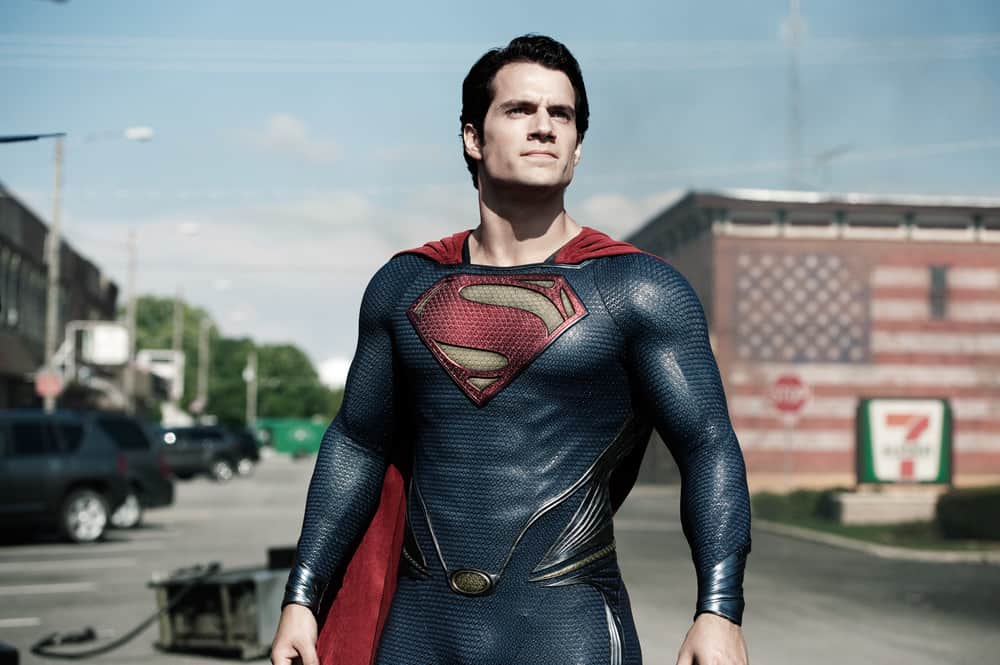 In Man of Steel we began the journey of Clark Kent an alien who has been raised to be human. His father believing that this world would reject his son if he were to show himself decided to teach his son to do good, but be cautious about revealing himself to the world. Like Pa Kent told Clark:

“You’re not just anyone, Clark, and I have to believe that you’re—that you’re sent here for a reason.  All these changes you’re going through, one day—one day, you’re goin’a think of them as a blessing, and when that day comes, you’re goin’a have to make a choice: a choice of whether to stand proud in front of the human race or not.”

In this quote alone Jonathan Kent is telling a young Clark that he will have to make a choice down the road, whether or not to stand before man and show himself for who he is. Clark took his father’s advice and decided to travel across the world to find himself. Picking up odd jobs here and there, but still keeping who he was deep down… a hero.  In the end Clark is more or less forced to reveal himself when the Kryptonian military general Zod gave the world an ultimatum. Give him Kal-El or be destroyed.

Despite being outmatched and under experienced Clark decided to give himself up to Zod for the sake of Earth. This was his first step in a bumpy road to becoming Superman. Throughout the rest of Man of Steel you truly see the inexperience Superman has. From letting his anger take control of him to not knowing how to handle an enemy and focus on keeping damage to a minimum. What many people have to remember is that the perfect Superman that we all know was experienced and new how to keep collateral damage down to a minimum, while this Superman was new and only knew he had to stop Zod or the Earth was doomed.

By the end of Man of Steel Superman would have saved the Earth but at a massive cost. He was forced to kill Zod after he proclaimed that he would not stop till everyone on earth was dead. This profoundly affects Superman’s character ushering in his rule to never kill again. The damage caused by their battle also has the world buzzing on whether or not Superman was a hero or a menace.

Time would pass and Superman would begin helping everyone despite political authority. The one thing that seems to always be forgotten in the Superman portrayal is the fact that he is an American hero and the the world will see him as such, which is why him entering himself in foreign affairs despite reasoning causes tension. His intervention in foreign affairs would be looked at as aggression from America not Superman. Despite all this Superman continues to do what he thinks is right. 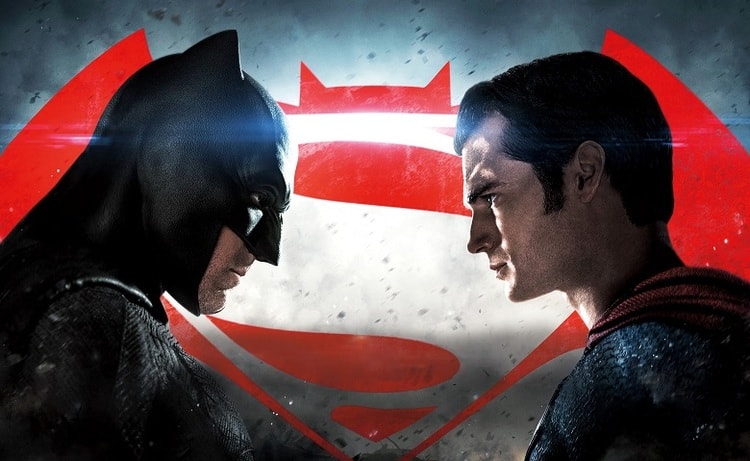 We have finally come to Batman v. Superman: Dawn of Justice Superman is no longer new to the job but he is still struggling with what exactly the right thing to do is. He is not struggling with what is right or wrong but more what is the right thing to do in the eyes of the people of Earth. It’s not strictly black and white when it comes to whether or not Superman is doing the right thing. Superman is seen as an American hero and it has been addressed countless times in the comics on how he “represents” america and countries in the DC universe see him as an American. This is why when Superman saves the Russian astronauts after the ship explodes it can be seen as controversial because he flew into Russian air space and could cause an international incident. This is why there was such a split opinion on Superman and why Senator Finch in the movie was trying to figure out what Superman “should do”.

Throughout Batman v. Superman: Dawn of Justice Superman’s character goes through a sort of transformation. He begins by not caring about what people say as long as he knows he is doing what he knows to be right and is keeping the people he loves safe.

The next step in his transformation is his anger and the thought that Superman was never real and he was just tricking himself into thinking it was. Here Superman just comes back from the Senate hearing that was bombed. He went there initially to make his case on why he is not a bad person and is trying to just do good around the world. He is so clouded with his need to make everyone understand where he is coming from and what he is trying to do that he doesn’t check the room. He doesn’t attempt to look for anything wrong because he is so focused on his one task. This destroys him and makes him feel like he is a failure and truly isn’t Superman. He even goes so far to say that Earth isn’t his home. 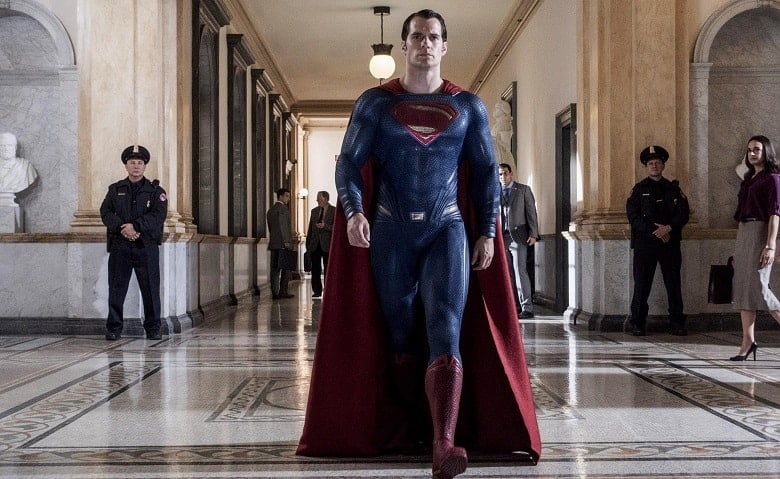 His next step is he leaves to think about who he wants to be and where he will go from here. From this point he is questioning himself and doesn’t know exactly what to do. Here is where he has his vision of Pa Kent who basically tells him that no matter how much good he does he can not control the aftermath. There will be times that he does good but something bad happens in the aftermath that he can’t control.

This gives Superman new hope and he leaves to return home with a little bit more faith in himself and the knowledge that all he can do is what he believes is the right thing to do regardless of what everyone thinks. This leads into the big fight that happens between Batman and Superman.

One of the best things that Snyder did was having it not just be these two heroes being mad at each other and fighting but instead having Superman attempting to talk to Batman first to get him on his side. This shows that Superman doesn’t want to fight him and instead wants to partner up with him. After the fight he gains a new ally and heads out to finally put an end to all of this.

However, Luthor has one more thing up his sleeve. He unleashed Doomsday on Superman in an attempt to end him for good. One thing Luthor and a good part of the world were not ready for was Superman to make the ultimate sacrifice in the end.  This leads to the final step in Batman v. Superman: Dawn of Justice where Superman states to Lois that “I have to save my world” contrary to what he believed earlier. He has finally come to the conclusion that he must save this world because he is a part of it no matter what anyone says or believes. He goes out and throws himself at Doomsday stabbing him with a Kryptonite spear and allowing himself to get stabbed by the monster and he dies.

This sacrifice that Superman has made shocks the world. Even the biggest cynics come to believe that after this action Superman was always a hero and the world collectively mourns his death. This moment will be a huge turning point in the DCEU. This is the moment when the world came together and branded him their true hero. This is also the moment that makes Batman and Wonder Woman realize they must come together with other Meta-humans to protect the Earth like Superman did.

This is the final big step in Batman v. Superman: Dawn of Justice but is not the last step of his development in the DCEU. When Superman returns he will be arriving back to a world where he has no secret identity and the world collectively accepts him and will cheer his return.

This character development has occurred through only two movies. With many more planned in the future it will be interesting to see where Superman will end up and where he will be and what he has experienced to get to that point. His next step will come in Justice League in 2017.

Are you excited to see the evolution of Superman unfold over the next couple of years? Let us know in the comments section below.