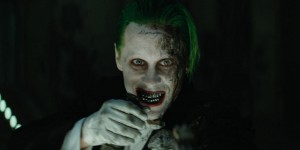 Funko has revealed a Joker vinyl figure from their Pop! line to be exclusively available at this year’s New York Comic Con.

The Funko Pop! figure shows The Joker, as played by Jared Leto, with his face partially burned and holding a grenade. This is from one of the deleted scenes of Suicide Squad shown in the Blitz trailer. 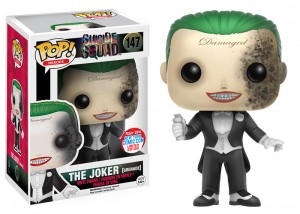 The vinyl figure is from the second wave of the NYCC Funko Pop! exclusive figures.

Funko also revealed two more Suicide Squad exclusives in this wave of vinyl figures through their Dorbz line. These Harley Quinn with a mallet and Deadshot with eye scope.

This wave are mostly of DC characters. Some other DC characters in this line are, The Joker from The Killing Joke, Hawkgirl from Legends of Tomorrow, and a White Lantern Batman.