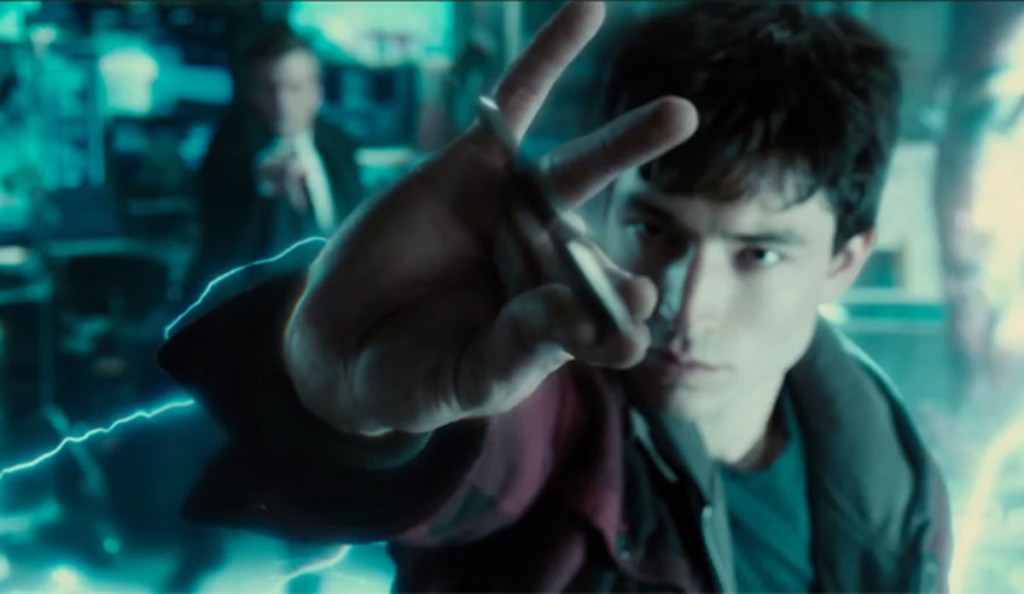 Ezra Miller has come a long way since it was first announced he would be filling the role of the first ever big screen Scarlet Speedster. He was met with heavy criticism and many fans said they were disappointed with the casting decision. Fast forward about a year and a half later to the 2016 San Diego Comic-Con, where fans got their first glimpse of Ezra as Barry Allen, and that heavy criticism soon turned to praise. Even though there might still be some Ezra doubters out there, he has won over a majority of the fandom. And that Suicide Squad cameo? Now that was top notch.

MTV news spoke to Miller over the phone about what it is like to be able to play a character as cool as The Flash. Like a kid on Christmas Eve, he couldn’t seem to contain his excitement when even just thinking about playing the character.

“It’s a little intense for me because I get goosebumps just thinking about it.”

Miller continued on to talk about the element of his movie that will make it stand out: fun. He gave heavy praise to director Rick Famuyiwa for his experience and heart.

“I think there’s just an intention to make something extremely fun and something superhuman and something deeply human. It’s the thing we’re all trying to do, but I think Rick’s mind and his heart are in an excellent place, and his expertise as a filmmaker, as evidenced by Dope, all come together as very exciting factors to me.”

The conversation then went on to other characters in the movie, more specifically Iris West, who is to be played by Dope actress Kiersey Clemons.

“Kiersey is amazing. I had the opportunity to read with her and do some explorative acting in our chemistry read … the results of these experiments clearly were positive. I’m just deeply excited about what these people carry in their hearts, and I’m excited about the radical intention that everybody seems to be bringing to the genesis chamber of this film.”

A conversation about The Flash isn’t complete without mentioning the popular TV show of the same name, starring the same character. He’s said before in a previous MTV interview from 2015 that he would like to race Gustin, and he follows up on that in this conversation – even mentioning the Speed Force as a specific meeting place.

“He’s a boss. I can’t wait to see him, eye to eye, adrift in the Speed Force — our eyes will lock and, in that moment, we will both know the truth. What truth? I dare not say.”

I don’t know how serious we can take that answer – but we can definitely take his feelings about Grant Morrison’s influence on his interpretation of The Flash.

I’m not entirely sure what a Guruji is, but Ezra makes it sound like a good time. And if he can make an everyday interview this much fun, my hopes for The Flash movie will continue to steadily climb. DC proved they could “do” fun with Suicide Squad, and now they will have the chance to bring that fun over to the good side.

How do you feel about Ezra Miller as Barry Allen, and are you excited for a fun Flash movie? Make sure to let us know your thoughts down in the comments.