Marvel Studios’ Super Bowl spot for The Falcon and The Winter Soldier reveals the first official look at Wyatt Russell’s US Agent.

In Marvel Comics lore, Captain America’s retirement resulted in the mantle being taken over by a named John Walker, who would later assume the name US Agent. Now, it appears The Falcon and The Winter Soldier will be taking inspiration from the comics by having Wyatt Russell’s John Walker become Captain America’s government-sanctioned successor.

Yesterday, Marvel Studios released the first official footage from The Falcon and The Winter Soldier during a Super Bowl for its upcoming slate of Disney Plus shows. At one point, Wyatt Russell’s US Agent could be seen making a grand entrance during what appears to be the half-time show of a football game.

Check out the first official look at Wyatt Russell’s US Agent in The Falcon and The Winter Soldier below! 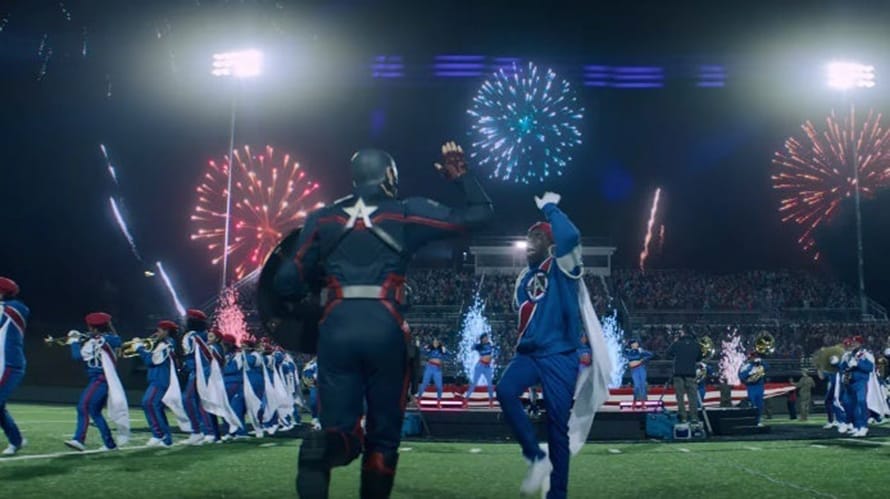 Here is the official synopsis for Marvel Studios’ The Falcon and the Winter Soldier:

The Falcon and The Winter Soldier will premiere exclusively on Disney Plus in August 2020.