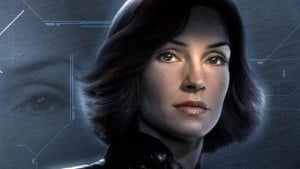 X-Men: Days of Future Past served as a passing of the baton for a newer X-Men cast, as the film mixed the new with the old. X-Men: Apocalypse is set to hit theatres on May 27th, 2016, introducing a whole new cast of young X-Men. We will be introduced to Tye Sheridan as Scott Summers/Cyclops, Alexandra Shipp as Storm, Kodi Smit-Mcphee as Nightcrawler, and Sophie Turner as Jean Grey. Former Jean Grey actress Famke Janssen had some comments regarding the re-casting of her role in a recent interview with Entertainment Weekly. Here is what she had to say about newcomer Sophie Turner:

“She emailed me before she started filming wanting some pointers. And I said, ‘You don’t need any. You’re perfect. You’re great.’ So I can’t wait to see the movie and what she’s done with it. I’m actually really excited about it.”

Janssen seems very open towards a new actress taking on the role that she first brought to the screen. However, this doesn’t mean that she would not like to return as the character. Janssen went on to discuss why she thinks she deserves to be back as Jean Grey:

“And it’s not the first time, obviously, that it’s happened. In the X-Men series, they’ve been doing this for years. Although women, it’s interesting because they’re replaced, and the older versions – or more mature, whatever the politically correct version of that is – are never to be seen again. Whereas the men are allowed to be both ages. Sexism. I think that I should be back along with my younger version and the way that we’ve seen it with Magneto and Professor X.”

Do you think Famke Janssen should return as Jean Grey? Do you agree with her comments regarding the sexism of this situation? Sound off in the comments below!