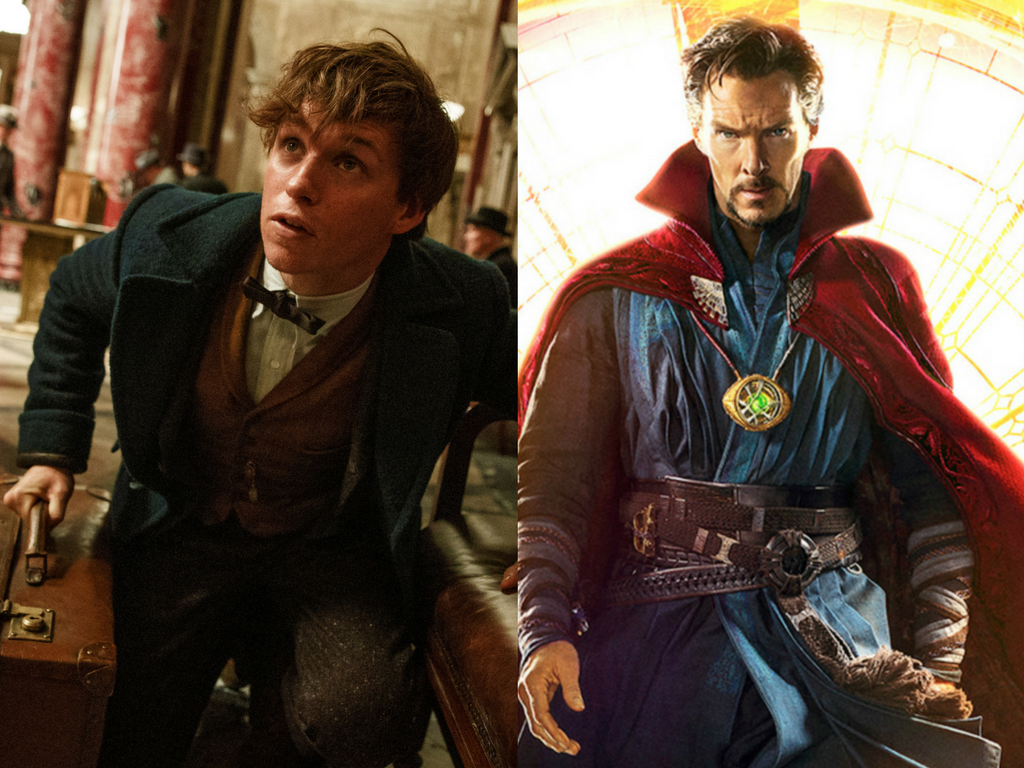 This fall, audiences are apparently itching to see some magic, courtesy of Fantastic Beasts and Where to Find Them and Doctor Strange.

According to a recent poll on Fandango, the fall’s most anticipated release is Fantastic Beasts, the spinoff of the “Harry Potter” franchise. For Potterheads, this news is not all that surprising, as Warner Bros. has seen a recent upswing in interest for the world of Harry Potter with the release of a new play (and its own novelization), Pottermore reading material, and even a theme park in California.

Coming second on the list is The Magnificent Seven, the western remake starring Denzel Washington, Chris Pratt, and other huge box office draws. Followed by Doctor Strange, which will be Marvel’s first true attempt to bring the realms of magic and mysticism into their sprawling film universe.

It’s no surprise that a comic-book movie is near the top of the list, or even another Harry Potter movie, even if it is a prequel with new characters. But in a list with sequels, remakes, and adaptions like The Girl on the Train, Bridget Jones’s Baby, and even a new Jack Reacher movie, only two movies stand out as original offerings.

The upcoming Walt Disney Animation film, Moana, is set to release in November,  and it comes in at #5 on this list. And at #7 is The Accountant, starring Ben Affleck and based on an original screenplay by Bill Dubuque.