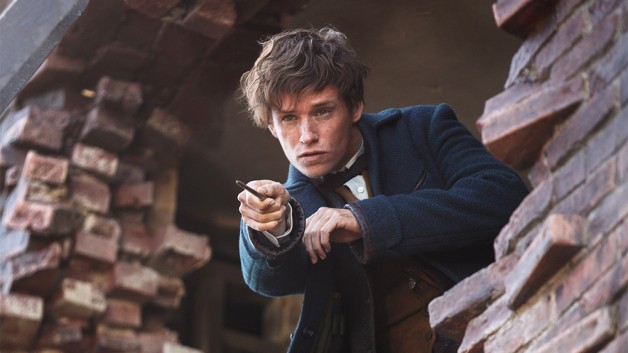 Last year, Newt Scamander made his big screen debut as the protagnoist in Fantastic Beasts and Where to Find Them, a prequel to the Harry Potter series. Set decades before Harry’s adventures, Fantastic Beasts gave us a new and insightful look at the wizarding world that J.K Rowling has created. As the hype for the sequel is beginning to ramp up, and stars like Jude Law are hopping on board, fans are craving new details about the film.

While fans know who Newt Scamander is and what his motivations are, there is a shocking amount that is unknown about him. Like, for example, his Patronus. One fan on Twitter asked J.K Rowling what Newt Scamander’s Dementor-fighting animal spirit would be, and she replied with a pretty straightforward answer: it’s a spoiler. You can check out the tweet below.

It hasn’t been revealed if Newt Scamander can even do the Patronus spell, so it makes sense that J.K Rowling is steering away from this question. Furthermore, if a Patronus charm is used, it’s implied that it’s being used to ward off the soul-sucking Dementors, the jailers of Azkaban. Maybe there’s a chance they’ll be returning in the second film?

‘Fantastic Beasts & Where To Find Them: Jude Law Talks Taking On The…

Another reason why Scamander’s Patronus animal could be a spoiler is that the Patronus charm is personal to each individual character, as they represent a happy memory. Perhaps Rowling doesn’t want to reveal Scamander’s elusive backstory just yet?

What do you think Newt Scamander’s Patronus charm is? Sound off in the comments below!

Fantastic Beasts and Where To Find Them is available on Blu-Ray/DVD as well as on Digital HD. Fantastic Beasts 2, starring Eddie Redmayne, Dan Fogler as Jacob Kowalski, Katherine Waterston as Tina Goldstein, Alison Sudol as Queenie Goldstein, Jude Law as Albus Dumbledore, Ezra Miller as Credence Barebone and Johnny Depp as Gellert Grindelwald, opens in theaters on November 16, 2018.