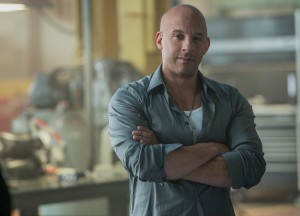 After the tragic death of Fast and the Furious franchise star Paul Walker, the future of the series without one of it’s longtime leads was uncertain. Though Furious 7 managed to deliver a moving and fitting farewell to Walker and his character, the question of whether the franchise could or should continued lingered in the minds of many involved with the series. In an interview with Total Film, Vin Diesel commented on the initial hesitation he felt about continuing with the franchise and what motivated him to carry on with the series.

Diesel revealed that he was unsure if he could continue the series without Walker and explained how it was Walker himself who pushed him to carry on with The Fate of the Furious.

“It wasn’t just a question of whether this franchise could work without Paul. It was whether I could even survive doing it without Paul. I’d seen this video of Paul guaranteeing eight, while we were making seven. That hit me.”

Though many fans will find it difficult to see the franchise carry on without Paul Walker, the fact that it was the late actor who motivated Diesel to continue with the series is a moving story.

Now that Dom and Letty are on their honeymoon and Brian and Mia have retired from the game—and the rest of the crew has been exonerated—the globetrotting team has found a semblance of a normal life. But when a mysterious woman (Oscar® winner Charlize Theron) seduces Dom into the world of crime he can’t seem to escape and a betrayal of those closest to him, they will face trials that will test them as never before.

From the shores of Cuba and the streets of New York City to the icy plains off the arctic Barents Sea, our elite force will crisscross the globe to stop an anarchist from unleashing chaos on the world’s stage…and to bring home the man who made them a family.

The Fate of the Furious will be released in theaters on April 14, 2017.