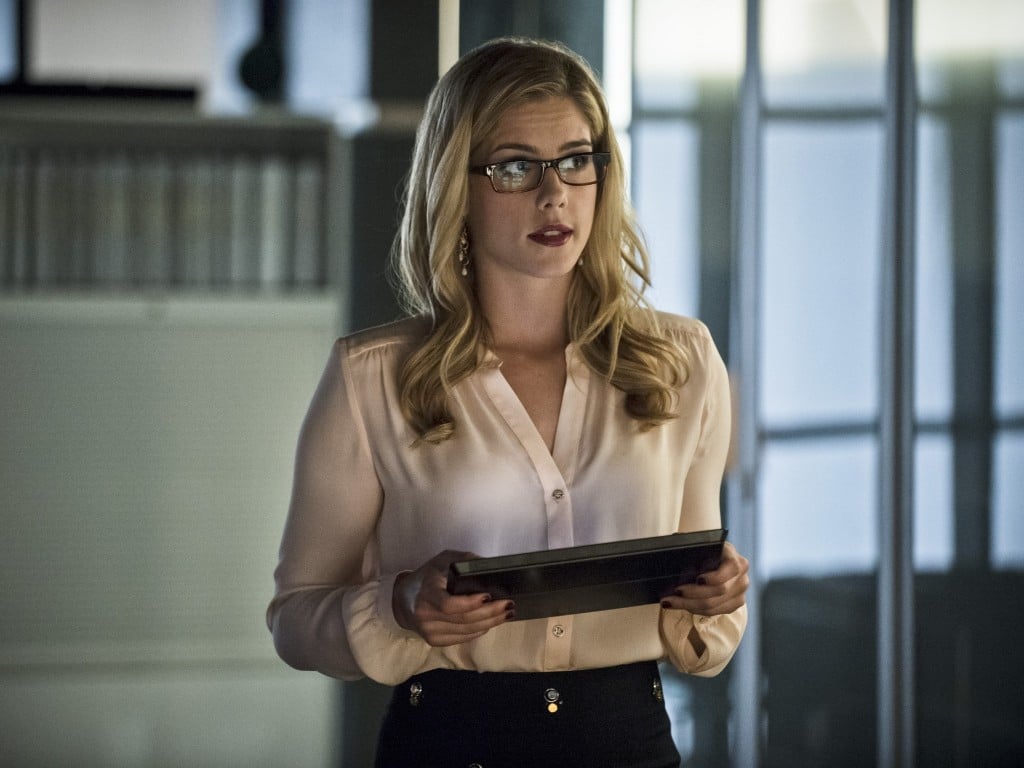 Felicity is a subject of controversy when you mention her around Arrow fans. Some fans absolutely love her, others loathe her, because of the shift of focus to her and her family in the third and fourth seasons. Her character was a fan favorite in season two, and naturally the producers wanted to give fans what they were asking for – so in this situation, they figured it was more Felicity. Felicity and Oliver shared an “on again off again” relationship in seasons three and four, and whether you love Olicity or you hate it, it was a major story-arc of the show for the past two seasons. My opinion? I love Felicity’s character, but I am not a huge fan of the script they gave her in season three. Season four was better, but they still gave her too much dramatic material. Either way, I have hope for season five.

It looks as if Felicity’s story will be exploring new territory in the fifth season, as it switches gears from her love life (Oliver) and her family life, over to her growth as a character. While speaking with EW, Arrow EP Marc Guggenheim talked Felicity in season five and how they were going to have her do something “key”, unlike anything she has done before. It apparently does not involve either Oliver nor her parents.

“We’re positioning her to do something in the second half of the year that is really, really key, and that isn’t about her relationship with Oliver or even necessarily her father or her mother. It’s really new territory for her, and we’ve very excited about it. Some big things are going to happen with Felicity.”

What could that “really, really key” something be? And what “big things” do you think Marc Guggenheim could be referring to? At this point, your guess is as good as mine. Make sure to let us know what you think in the comments!