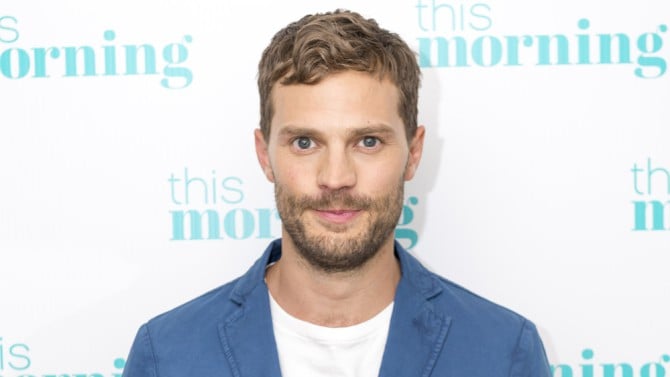 According to Variety, it appears that Fifty Shades Of Grey star Jamie Dornan has joined the Leonardo DiCaprio-produced Robin Hood film, Robin Hood: Origins. The production is set to be helmed by Peaky Blinders director Otto Bathurst, as well as written by Joby Harold. The film already features a solid lineup in Kingsman‘s Taron Egerton as the titular character and The Amazing Spider-Man 2‘s Jamie Foxx as Little John.

Variety reveals that Dornan is set to portray Will Scarlet in Lionsgate’s reboot of the Robin Hood legend. In the books, Scarlet is a member of Little John’s group, the Merry Men; one would assume the same will be said for the new film. Lionsgate refused to comment on the involvement of Dornan, but one would expect an official statement within the coming days. Dornan has had a busy year thus far, with the trailer for his Fifty Shades sequel becoming the most viewed trailer within 24 hours of all time.

Numerous films have been produced detailing the adventures of Robin Hood over the years, with the most recent being Ridley Scott’s 2010 film, Robin Hood which made over $351 million worldwide and starred Russell Crowe and Cate Blanchett.

Honestly, Robin Hood: Origins does not sound too bad. With an impressive cast, and a big name like DiCaprio producing, one should expect the best, right? The film currently has no actual release date, but one should expect it to drop in theatres late next year!