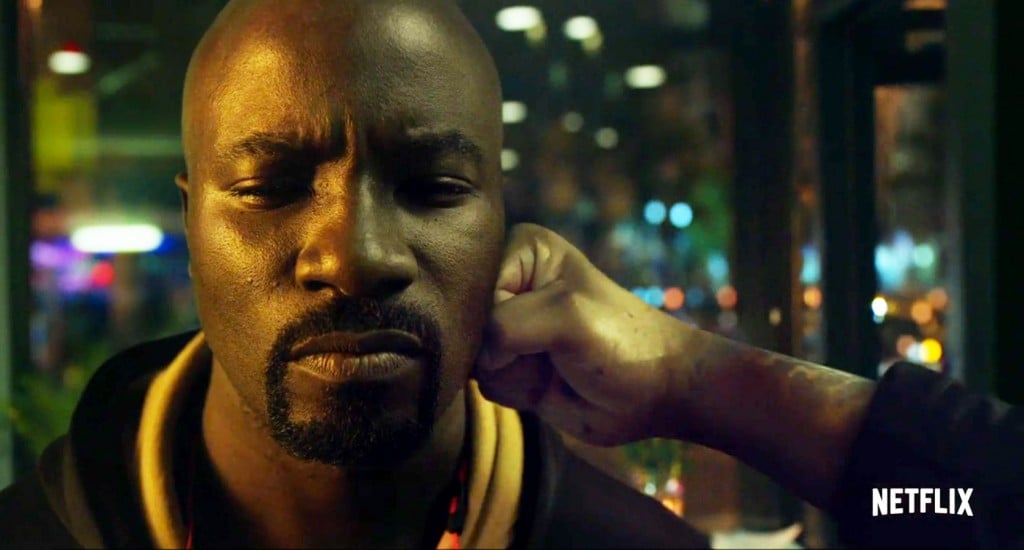 As promised yesterday by the Luke Cage Twitter account, a brand new trailer for the show has been released just minutes ago. This is the first full trailer to be released for the show, clocking in at 2 minutes and 46 seconds. The trailer shows off Luke Cage’s powers more in depth, and gives us a better look at the season one villain, Cornell “Cottonmouth” Stokes.

The first trailer shown at Comic-Con gave us a minute long look at the indestructible hero showing off his bullet resistant powers. This new trailer shows us more about the other characters, the plot, and the show’s overall tone. We also get our first glimpse as the characters origin.

You can see the trailer here:

This summer’s Comic-Con gave us first look trailers for Daredevil season 3, Iron Fist, and The Defenders.

Luke Cage will be the third series to air in The Defenders line up, and the synopsis reads: Given superstrength and durability by a sabotaged experiment, a wrongly accused man escapes prison to become a superhero for hire.  Starring Mike Colter as Luke Cage, Mahershala Ali as Cornell Stokes, Frankie Faison as Pop, Erik LaRay Harvey as Diamondback, and Simone Missick as Misty Knight.