Harry Potter’s story might have concluded almost ten years ago, but in 2016, J.K. Rowling’s Wizarding World is really coming back in a big way. Hollywood saw the third iteration of Universal Studios’ Wizarding World theme park land back in April and this November we have Fantastic Beasts and Where to Find Them coming to theaters. Right in between the two, though is the Wizarding World project I am most curious about: Harry Potter and the Cursed Child.

For those in need of a quick refresher, Harry Potter and the Cursed Child is a play opening on London’s West End centered around Albus Severus Potter, youngest son of Harry and Ginny. With the play now ending its rehearsal period and moving into previews, Pottermore has been treating us to our first look at the cast in full makeup and costume. First up, the Potter family: 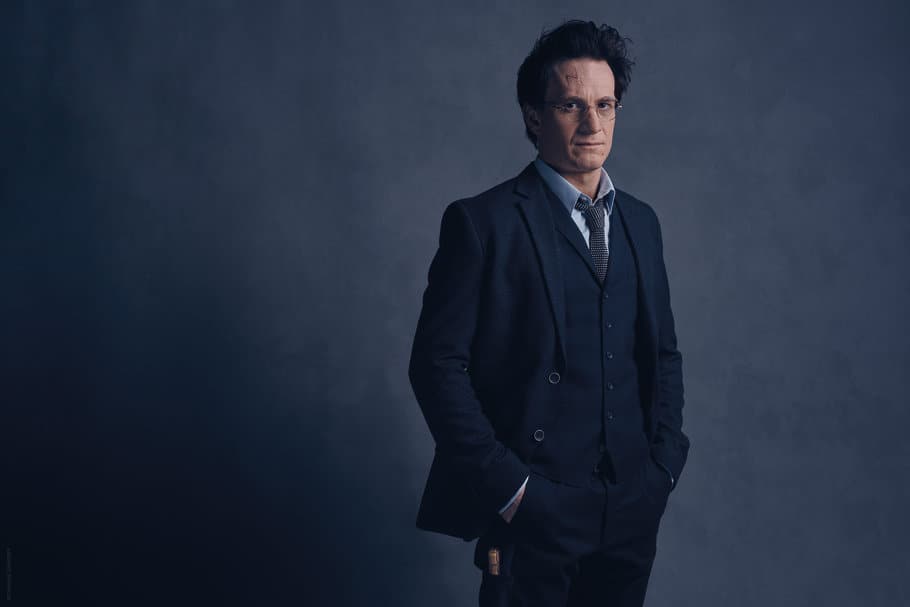 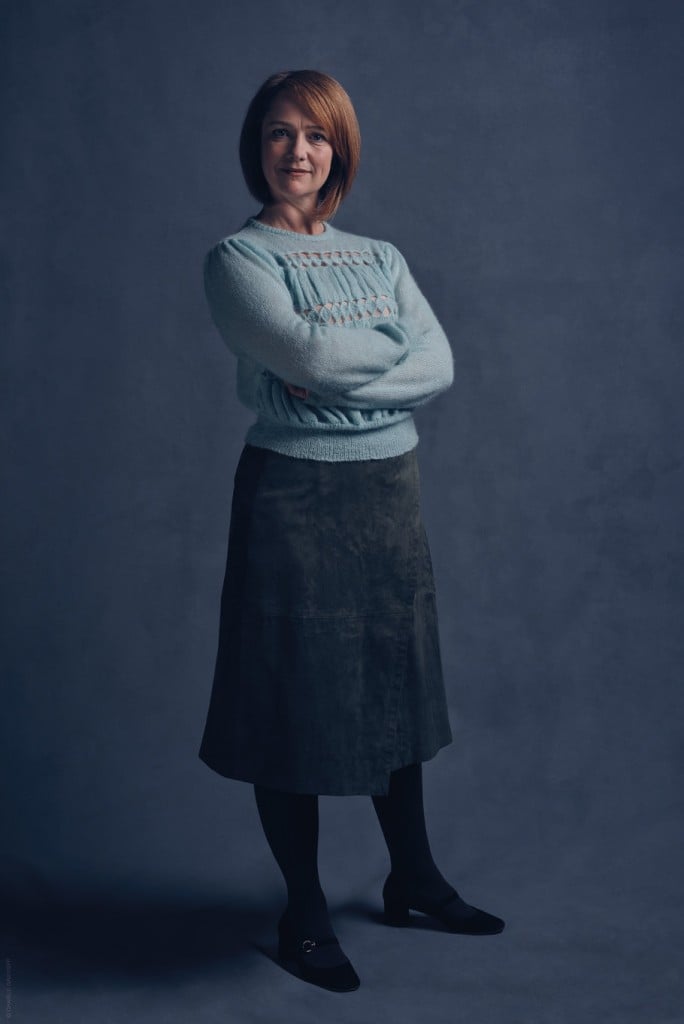 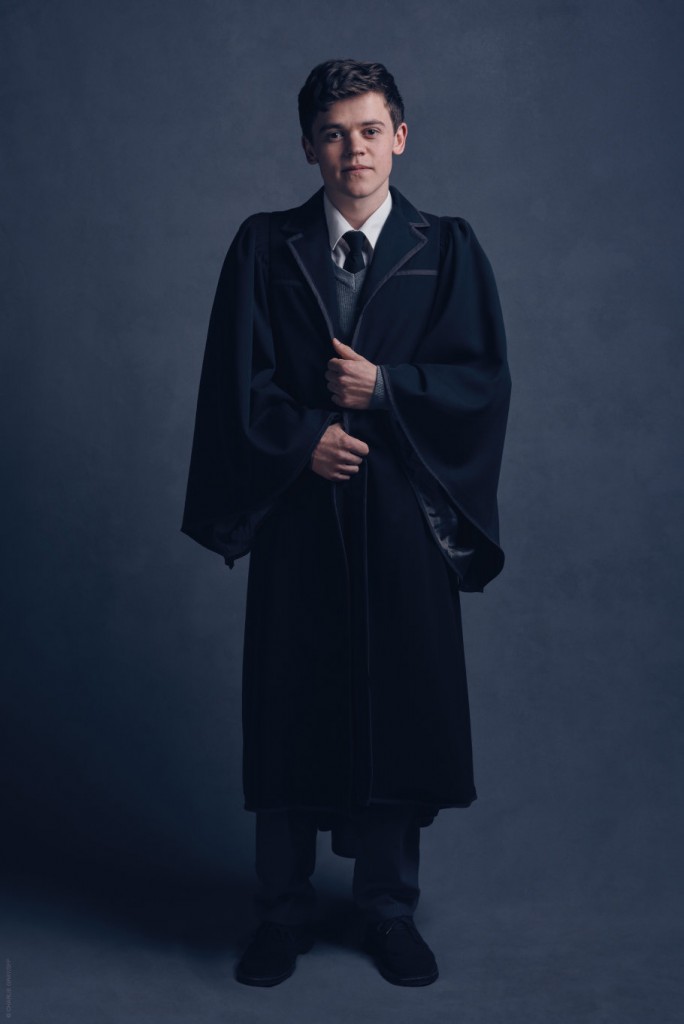 While I can’t speak to the quality of the cast (I’m not familiar with any of these performers’ previous work) they certainly look the part, but the costuming is something I’m definitely intrigued by. I’ve always been fascinated by the interesting symbiotic relationship that exists between the Harry Potter books and films. Each is a totally complete work capable of standing on its own, and yet both are so clearly tied together as to be almost inseparable. That’s why – despite having no tangible connection to the films – you can feel a lot of the cinematic design work bleeding into this project. You have Harry’s almost ‘N’-shaped scar which matches the movies exactly (and differs from most illustrations where the lighting bolt is facing the opposite direction) and Albus’ robes, which, while not an exact match to their film counterparts, are clearly inspired by the costume design done on the films (fun fact: Rowling initially envisioned that the Hogwarts robes would just be worn over whatever clothes the students chose to wear that day and only agreed to the prep school uniform look after seeing all of the kids in costume on the set of Philosopher’s Stone).

But enough of that, there are more pictures to show. Here are the Granger-Weasleys: 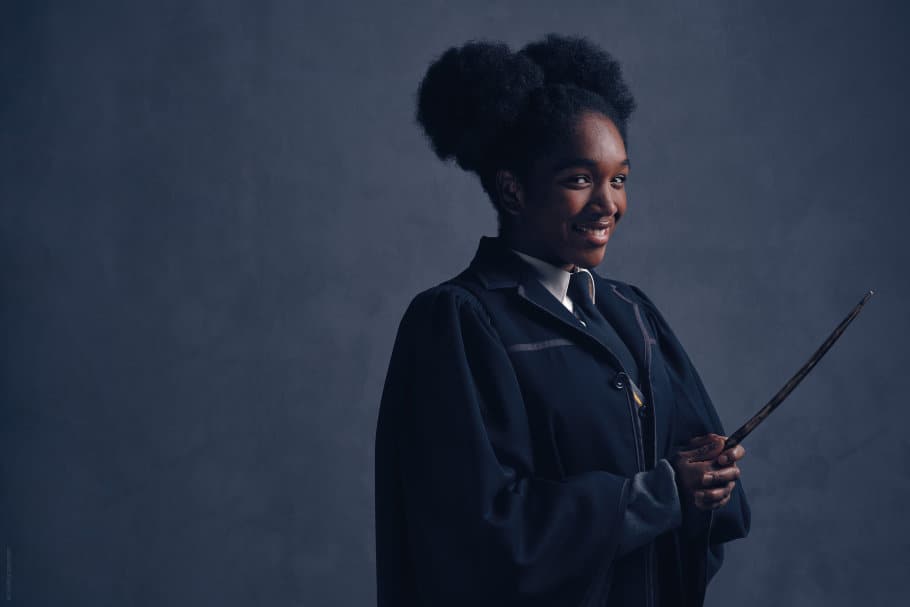 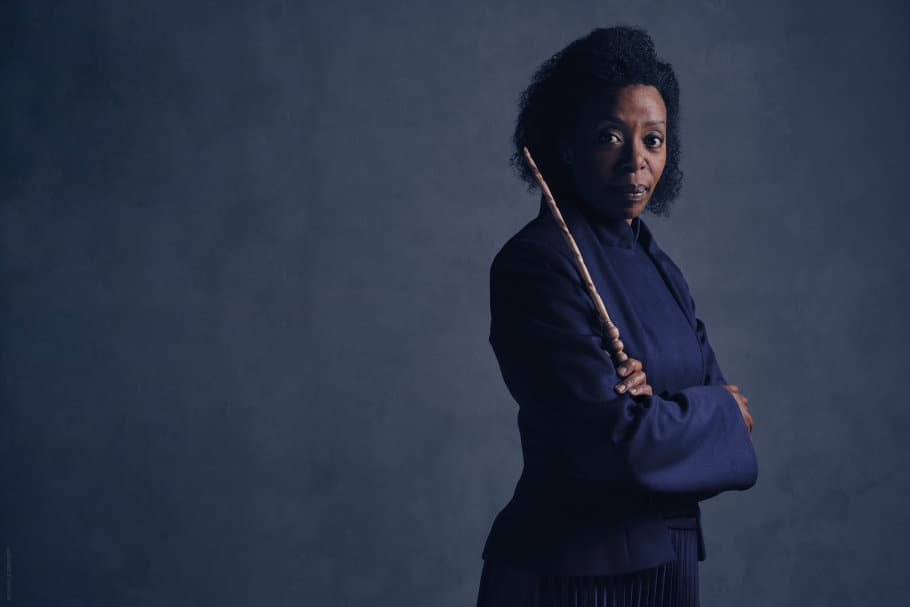 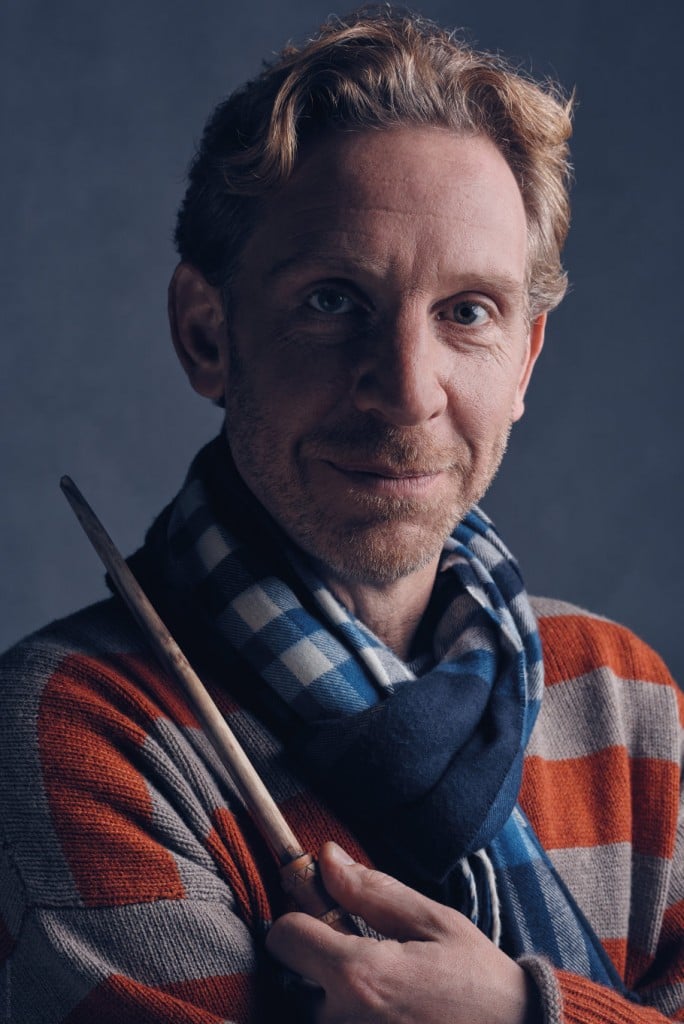 First of all, I’m thrilled to death that Hermione kept her last name, not only because it’s neat from a feminist perspective, but it’s totally satisfying on a character level. I love that Hermione was comfortable enough with her Muggle heritage to keep her family name instead of adopting the name of one of Britain’s pure blood families. Also, as Pottermore notes, Ron is still wearing jumpers well into adulthood, which feels very, very Ron.

Again, I can’t speak to any of these actors’ talent, and as much as I’d like to see them for myself, I don’t expect I’ll be getting the opportunity to do so (it was hard enough pulling together a trip to New York to see Hamilton this year, flying out to London for a play is almost definitely out of the question). That said, I’m agonizingly curious about this whole thing. I love that this is a play, I love that it (at least on the surface) seems to be more intimate and down to earth than the scale of previous Harry Potter stories, but at the same time, I have some trepidation about a continuation of Harry’s story. The worst part of Deathly Hallows was the almost fan-fictioney epilogue that dealt with this same setting, and it just seems generally ill-advised to check in on Mr. Potter after his story wrapped up in book seven. Hopefully the fact that this is told from the perspective of Albus Severus will mitigate that problem, but I suppose we’ll have to wait and see.

Either way, I have the play script on pre-order and I’m excited to read through it when it arrives. And hey, maybe this thing will do well enough to go on tour giving me a chance to see it in a few years’ time.

Also, check out Pottermore, because they have some great quotes from the cast as well as Jo Rowling herself discussing these characters.

So what do you all think? Are you excited for Harry Potter and the Cursed Child? Are you digging the cast? Sound off in the comments! Also, please note that here at Heroic Hollywood we’re kind of sticklers about not being racist assholes. If you have nasty things to say about the race of any of these actors, keep it to yourself or else face the wrath of Umberto.